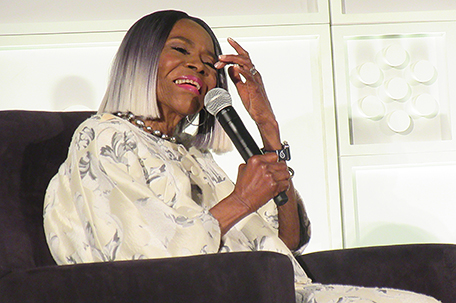 Mankiewicz, along with media mogul Tyler Perry (who introduced Tyson), cited some of her many accolades: Kennedy Center Honors recipient, Presidential Medal of Freedom awardee, co-founder of the Dance Theatre of Harlem, Tony Award winner and multiple Emmy Award winner.

The celebrated actress shared snippets of her illustrious career with the adoring fans, family, friends and star-studded audience. Tyson also expressed gratitude for her life, career and the present honor bestowed upon her. 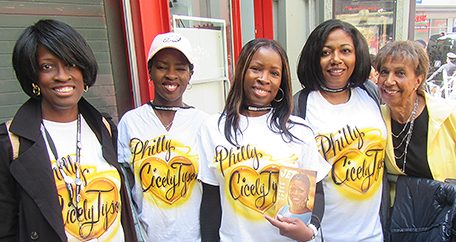 TCM also celebrated Tyson with a special screening of “Sounder” (1972), which included a pre-discussion between Tyson and Mankiewicz.  Tyson’s role as the stoic sharecropper Rebecca Morgan garnered her a “Best Actress” Oscar nomination and the National Board of Review and National Society of Film Critics  “Best Actress” awards, respectively for.

During the discussion, the Harlem-born Tyson regaled the audience with descriptive, colorful stories of her childhood. The timeless beauty recanted in great detail how she became an actress. She shared why she has chosen the roles she has brought to life on stage and screen over her inspiring career.

The engaging discussion ended with a standing ovation. The lights dimmed. And the screening began. Tyson, who by the way stayed for the screening, shared her appreciation for her fans and they likewise showered her with affection.