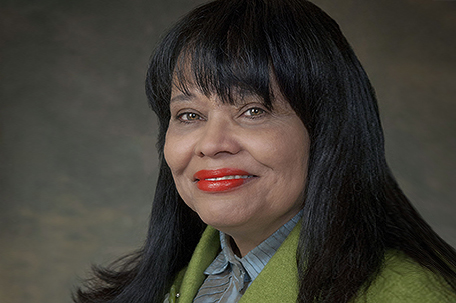 At the turn of the 21st-century, I took on the task of holding difficult conversations about topics that make most of us sweat.

It’s been the best job I’ve ever had.

As author of a column called the Cultural Coach, I’ve engaged in fascinating and challenging dialogues with hundreds of people. Some feel as though we all belong to the same American family. They want us to share rights and responsibilities in equal proportion. They light the path of enlightenment.

But diversity’s resisters serve the movement, as well. They have urged me to examine the broader picture and to explore ways to negate the unintended consequences of some diversity programs. I’ve struggled at times to understand their thinking, and when I have, I’ve often learned from them.

Their compassion and patience helped me to grow. My dialogs, painful and uncomfortable as they sometimes are, have sharpen my ability to view issues through a wide-angled lens. This enables me to view the new American family with an conservative’s mind and a liberal’s heart.

This journey has not been easy. Trying to sell a newspaper advice column on cultural competency and inclusion is, as I have learned, a challenge. I am so grateful the Houston Chronicle, the Fort Wayne News Sentinel and the Greensboro News & Record and now, the Philadelphia Sunday Sun, which, at some point, each agreed to let me hold a public conversation on their news pages.

People often ask if I have determined the most frequently asked question. The winner by a long shot is: “Why do you use the term African American?” The decision by some ethnic and cultural groups to claim their heritage causes friction. Like most issues, this one has flip sides.

We have minorities and immigrants who celebrate their heritage in part because they feel alienated and rejected or even mistreated by mainstream Americans. We also have those in America’s mainstream cultural and ethnic groups who argue that people of color are choosing to remain segregated. They decry the use of words such as African-American because they sincerely believe this language keeps us from achieving unity.

Both sides offer valid points though, in the end, it is up to the individual to define who they are. I am an African American. Though I’ll respect your right to use a different term – Black or American, if that term better suits you.  Sometimes, large families like ours must agree to disagree.

Readers often are curious to know what I’ve learned from them. This job has given me a fuller appreciation of conservative ideology and worldviews. It has also awakened me to the threats from hate groups — abroad and domestic — that diminish freedom. No military weapon can protect us from the dangers we will face if we allow distrust and prejudice to infiltrate communities.

Citizenship comes with great responsibility. Each of us must understand the fears and needs of our growing and diverse American family so we may maintain the trust needed to make democracy work.

Here’s what my diverse American family has taught me over the past decades: It is far wiser to stand for inclusion than to stand up against discrimination. Instead of working to protect the rights of a few disadvantaged groups, we instead should embrace democratic values that allow all cultural and economic groups to prosper.

If we protect the rights of everyone, then who will be left to hurt or oppose us? That is the simple question Americans must ask if we are to promote safety and security successfully across the globe.