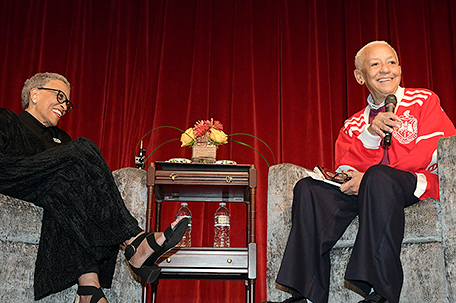 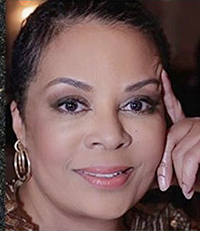 The Philadelphia Alumnae Chapter of Delta Sigma Theta Sorority, Inc. hosted the fifth stop in the “Pride in Our Heritage Tour” at The Moore College of Art & Design last Saturday.

The tour was envisioned by Beverly Evans Smith, national president and CEO of Delta Sigma Theta Sorority, Inc., who was inspired to present a program in which each of the sororities’ seven regions celebrated African-American heritage in the creative and performing arts and explored the lives and work of luminary Delta artists.

Smith introduced the tour, which is a signature program of the Delta Sigma Theta Sorority, Inc. and National Arts and Letters Commission. The commission is co-chaired by Johnnetta B. Cole and Gwendolyn A. Mason. 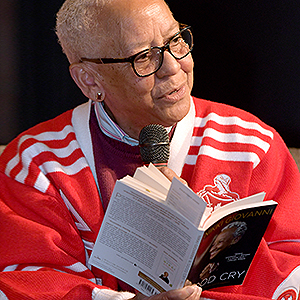 Poet, writer and political activist Nikki Giovanni reads from her book, “A Good Cry: What We Learn from Tears and Laughter” during the “Pride in Our Heritage Tour” presented by the Delta Sigma Theta Sorority, Inc. National Arts & Letters Commission at the Moore College of Art & Design on Saturday, November 3, 2018. (–SUBMITTED PHOTO)

Cole — who was the first female African-American president of Spelman College, an American anthropologist, director of the Smithsonian Institution’s National Museum of African Art Museum and from 2002 to 2007 president of Bennett College for Women, where she chaired the Johnnetta B. Cole Global Diversity & Inclusion Institute — has been leading the tour on an amazing journey across the country. She pulls audiences into intriguing discussions with Deltas who have overcome adversity to achieve national recognition.

Her event in Philadelphia featured one of America’s foremost poets, writers and commentators, Nikki Giovanni. Giovanni has published numerous collections of poetry, from her first self-published volume entitled “Black Feeling Black Talk” (1968) to “New York Times” best-seller, ”Bicycles: Love Poems” (2009). Her poems helped to define the African-American experience of the 1960s through the 1970s and beyond. This civil rights activist, poet, and television personality was also a major force in the Black Arts Movement.

This exciting evening of music, dance, poetry and art in Philadelphia began with a wonderful reception where guests enjoyed delicious food, fellowship, and conversation while listening to the smooth sounds of The Stephen Mitnaul Trio. The audience was delighted with an exhilarating African cultural experience performed by drummers, dancers, stilt walkers and singers who comprise the Sisters Laying Down Hands Collective. Maureen Hennighan Booker, a member of the Philadelphia Alumnae Chapter, presented a special dance performance.

Emmy award-winning Poet Laureate Hank Stewart, who has performed at the Trumpet Awards and Essence Music Festival, recited his inspirational poem, “Mad”, which lifted the heart and captured the crisis of the times we live in. 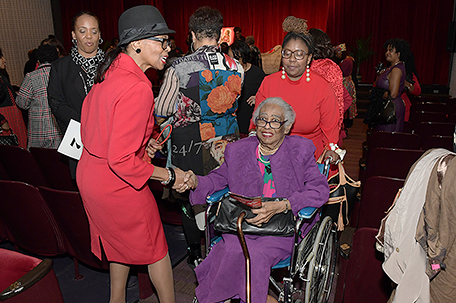 The tour began in September in Kansas City, Missouri, and will culminate on December 1 in New Orleans.  It is traveling to one city in each of the Delta’s seven regions, where Cole engages a celebrity Delta in an in-depth and intriguing conversation regarding her life, successes, afflictions, triumphs, and pivotal life-altering moments.

“We write because we believe the human spirit cannot be tamed and should not be trained.” –Nikki Giovanni