The Path Forward for Social Justice – An Intergenerational Challenge 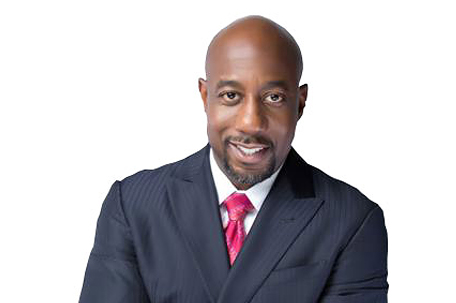 The Progressive National Baptist Convention — a faith-based coalition of churches that was founded in 1961 whose founding group of leaders included Dr. Martin Luther King, Jr. — has existed through the civil rights and social justice movements of the 60s, the enactment of policies and legislation to address these issues, all the way to the present-day struggle to maintain those rights gained. They recently held their 57th Annual Session here in Philadelphia.

Black America again finds itself at a crossroads 50 years after Dr. King’s final book “Where Do We Go From Here: Chaos or Community?” was posthumously published. The question raised in the book’s title is being asked again, but this time against a combination of policy reversals and modern technology capabilities that have the ability to galvanize both.

“The most striking thing about this moment for those of us born after the Civil Rights Movement — I was born in 1969 — is that we no longer have to ask ourselves ‘what would we have done if we lived back then?”

Rev. Dr. Raphael Warnock, who heads PNBC’s social justice commission told the SUN in an exclusive interview. He is the senior pastor of the historic Ebenezer Baptist Church in Atlanta, the pastorate that once belonged to Dr. Martin Luther King, Jr. and to King’s father before him. Many of the injustices against which Dr. King and others fought have resurfaced and expanded, Warnock said.

“Much of that [injustice] is being facilitated through our criminal justice system which has disproportionately impacted people of color. The “land of the free” is the incarceration capital of the world, but even those who are no longer in prison are still locked up, because once they’re tracked through that system, job discrimination is legal, housing discrimination is legal,” he said.

“Voter suppression is also a big focus of our convention [PNBC],” Warnock continued. “It’s estimated that in 2012, five billion dollars were spent on voter suppression. So, we don’t have to ask ourselves ‘what would we have done?’[anymore]; we’ve got matters to fight in this moment. We need the wisdom of the old, and the energy of the young to fight the good fight.”

The recent annual session was the last for Rev. Dr. James C. Perkins as PNBC’s president. Perkins — senior pastor of the Greater Christ Baptist Church in Detroit, Michigan — came of age in the 1960s. He graduated from high school and began college in 1968, one of the most consequential and tumultuous years in U.S. history. He feels that it is especially incumbent upon African-American baby boomers to provide perspective and guidance to today’s youth.

“I saw on television all of the protests and marches [in the 60s], and had parents who explained to me what was happening,” Perkins said. “So, our responsibility is to explain to the next generation what we are experiencing. They have to understand what it means to be Black in America; because they benefitted to a great degree by being able to go to White universities and so forth, there’s a sense in which they got lulled into a false sense of security by thinking this was a “post-racial” society.”

“I’m very encouraged by the activism I’m seeing among millennials” Warnock said. “There are a lot of folk out there saying, ‘Well, they’re not doing it right.’ But I think that we would have need to be concerned if we had all of these things going on — Michael Brown, Trayvon Martin, all of this police brutality — and young Black, Brown and young White people in many instances weren’t out in the streets [protesting]. The fact that they have been activated and awakening with consciousness in this moment I think is reason for hope. We just have to continue this intergenerational conversation; the church is always been a place where that can happen.”

“With all of these instances of police murdering young Black people, they get it, and created Black Lives Matter,” Perkins said. “They see the challenge that we face is a racial challenge, that it does not matter what university you went to; you could have graduated from Harvard Law School and become the president of the United States. This country is a White supremacist country… they’re beginning to get that. Our responsibility is to help them to understand it, and as best as we can, help them to participate in it, to be free to express their opinions and help them to navigate their way through it.”

There have always been agent provocateurs, government spies, purveyors of propaganda and other disruptive forces within movements; that is nothing new. However, what is new are the tools of the internet and social media, and real time information sharing – for better and for worse.

“One of the great things about the internet is that corporate media doesn’t necessarily have a stranglehold on information,” Warnock said. “Information has been increasingly democratized. One of the things we have to do is to tell people where and how to seek out progressive forms of media. But there’s a plus side and a negative side. We have to watch out for propaganda.”

Perkins feels that education about these new systems of communication is key.

“One of the things we [PNBC] have developed is a partnership with Google,” Perkins said.

“They are going to put computers in several of our churches, so we can educate our young people, as well as the surrounding communities on how to use technology. We’ve got to close the digital divide first and foremost, but at the same time help our young people to understand that it can be used for good or bad purposes, and to help them to be clear about what they’re doing, because there are consequences.”

“There’s a group of young adults that are a generation behind me, and they’ve got their own language and their own way of thinking about these things” Warnock said.

“But the message is the same – it’s been the message of the Black church for centuries. At the center of it is liberation for the poor, and it doesn’t matter if it’s communicated through a mimeograph machine or on Facebook or Twitter. We still have to speak truth to power; that has been the vocation of the Black church in America. The Progressive Baptist National Convention has continued in that great prophetic tradition.”

As outgoing president, Perkins was optimistic the future of PNBC’s mission.