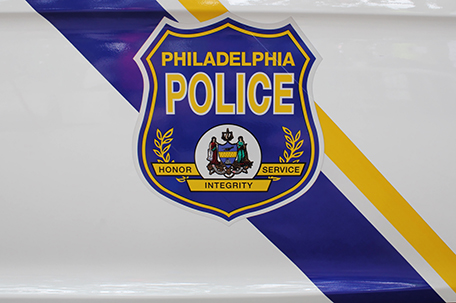 In an effort to get community input into the selection of city’s next police commissioner, Philadelphia Eagles Malcolm Jenkins, rapper and criminal justice activist Meek Mill and others in the criminal justice space led an often raucous, sometimes contentious community forum at Community College of Philadelphia’s Bonnell Hall Monday night.

Kier Bradford Grey, chief of the Defenders Association and the Rev. Alyn Walker, senior pastor of Enon Tabernacle Baptist Church, joined Jenkins and Mill on the panel, which also served as a means for the more than 100 community activists and ordinary citizens to get some things off of their chests when it comes to how communities of color are policed in Philadelphia.

Police Commissioner Richard Ross resigned in August after being named in an amended sexual harassment lawsuit filed by two officers, one who alleged that her complaint had been mishandled in retaliation for ending her affair with Ross. He was replaced by Deputy Commissioner Christine Coulter, who became the first woman to hold the job and has had her own issues with police abuse.

Jenkins, co-founder of the Players Coalition, a group of current and former NFL players focused on social justice issues, felt it was important for the community to weigh in on the commissioner’s position because of the impact policing has had on the citizens of Philadelphia.

“We wanted to create a forum in which we can talk about some of the issues that are plaguing our police department, hear from the community and allow those voices to be heard, to capture those questions and concerns and package them in a way that we can deliver directly to Mayor [Jim] Kenney and to make sure he is weighing what the community wants when it terms of who that person will be,” Jenkins said.

But finding that person won’t be an easy task, City Managing Director Brian Abernathy said. Because of things that have happened in the distant and recent past, getting someone that will not only have the respect of the police rank and file, but also the trust of the community, is the challenge the City faces as it searches for a new top cop.

Police accountability will be a major part of the discussion in contract talks between the city and Fraternal Order of Police, Abernathy said.

The one thing that the community leaders participating in the panel discussions and the audience seemed to agree on is that the next police commissioner has to change the current culture of racism, sexism and a perceived lack of accountability for police officers when they violate the law.

“You have to start with a person who is authentic in what they want to do because if they’re doing it for political reasons, you’re never going to change the culture,” she said. “If you’re authentic and you don’t mind being a bad person or the person that’s not very popular because you’re actually holding people accountable to the disciplinary code.”

Bradford-Grey said the new commissioner has to be willing to have a zero-tolerance policy for the bad behavior of police officers.

“You want officers that are not going to spew racist epithets,” she said. “You want officers to not abuse their authority by using excessive force …If you want to change the culture, have a zero tolerance for certain behaviors. When people that you’re serious about letting them go and their pensions and all things that they’ve worked for is gone, I think that people will get the message there’s a new day and there’s no tolerance for these things.”

Bradford-Grey said there must be protection for police officers who do report the activities of bad cops. She said there are no mechanism within the Philadelphia police department for the police to investigate officers who engage in misconduct.

“It’s more of an incentive to keep your mouth shut than to report these bad behaviors,” she said.

Quiana Cureton, the president of the CCP Student Government Association, has a personal interest in who becomes the next commissioner because she was once a victim of police brutality, she said.

Cureton would like to see someone in the position who understands the people and neighborhoods they’ll be protecting,