The multitalented Jamar Jones shares his journey to emotional freedom with his newest album: “Fatherless Child” 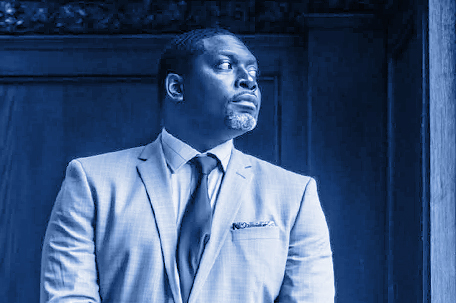 Mount Airy native Jamar Jones was always gifted in music. His journey with the piano began at 4-years-old, following the death of his father. Growing up in the church, Jones put his gifts to good use, fine tuning his skills as a pianist, producer, arranger and composer.

Jones continued to evolve by immersing himself in the rich Philadelphia music scene. He began working with Boyz II Men — whom he viewed as older brothers — at just 18. Adding to the mix were Jones’ contemporaries Dre and Vidal and The Touch of Jazz family, who were childhood friends long before they began making music together. After moving on to work with music icons like Patti LaBelle, Jill Scott, Musiq Soulchild, Jamie Foxx, Mary Mary, Kanye West, Ricky Minor and many more, Jones has released his own debut album, “Fatherless Child” on Patti LaBelle’s GPE Records. He sat down recently with the SUN to talk about his journey towards creating this body of work and his hopes for continuing the cycle of emotional healing.

Although the love for music was always present with Jones, the pivotal moment where he knew he would pursue music professionally came during his teenage years. He recalls the moment where it all became clear.  A graduate of Central High School of Philadelphia, Jones remains close to his roots, having gotten a grant from the Connelly Foundation to build a new computer music lab, which provided tools for students to learn composition and arranging in a modern, technological setting.

“It happened for me when I was 16-years-old,” Jones said. “I was at the Grammys for the first time. I was a part of the Grammy All-American High School Jazz Band, a group of high school students that were selected from all over the country to represent at the Grammy Awards. I saw Whitney Houston sing. She opened up that year singing, “I Will Always Love You” at Radio City Music Hall.”

“It created a question mark in my head, and that question really is what started driving me,” Jones continued. “The question was, ‘What did it take for me to get from my seat to that stage?’ That’s what really got me started, at least in the mindset of having a career as a professional musician and being involved in the entertainment industry. That’s been the question at hand since then.”

Jones began working professionally in the music industry while attending Temple University as a jazz arrangement and composition major. His first producer credit was “Dear God” for fellow Philadelphia natives Boyz II Men on their Grammy-nominated album, “Evolution” in 1997.

Since making the decision to pursue music professionally, Jones has gone on to win countless accolades and awards. Jones’ work as the underscore composer for “The New Edition Story” earned him the 2018 ASCAP Screen Award for “Top Cable Television Series.”  In addition to receiving this honor and many others, Jones was candid about still having moments in his career that could only be described as surreal.

“Believe it or not, what sticks out in my mind (Even though she’s more like a mother than anything else to me) is the first time I actively had to go into the studio with Patti LaBelle as a producer,” Jones said. “It was kind of crazy, because I’m sitting at the piano and we started recording the jazz album “Bel Hommage.” I think we did “Wild Is The Wind,” and she sang it all the way through in one take, and it was the most amazing vocal performance I had ever heard in my life!

We stopped, and she asked, ‘How was that?’ I said, ‘I think it was fine.’ She told me, ‘Come on, you’re supposed to be the producer… produce! I told her, “I am… it was fine, I have ears, I have nothing to add,”  Jones said with a laugh. “That was a surreal moment for me because of who she is, and what she represents…  just the part of American music history she is — that is serious to me!”

After lending his brilliance to some of the most iconic figures in the entertainment industry, Jones is embarking on a very personal journey with his debut album “Fatherless Child.” His first single from the album, “Searching For Answers,” features the vocals of Glenn Lewis and was co-written by his dear friend, singer-songwriter Montell Jordan. Jones shared the story of how the collaboration came to be. 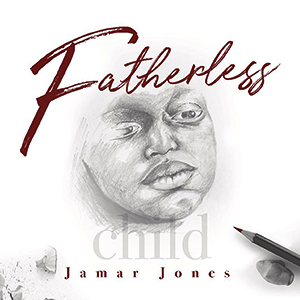 “I sent Montell my record a couple of years ago just to listen to it. I wanted to get his input… just some feedback,” Jones said. “Searching For Answers” was an instrumental song on the record. Montell sent me back a FaceTime video and said, ‘Man, I really felt something for this song you wrote.’ [I told him],’ If you like it, you can use it, if not, I understand.’” Montell penned the lyrics for that song. It’s an amazing song! It encapsulated my whole entire story in four minutes and thirty seconds.”

Jones’ decision to be completely transparent with “Fatherless Child,” was rooted in the idea that we all have a responsibility to one another.

“I think my God-given purpose for being on earth, is to make life stress-free or less stressful for other people,” Jones said. “I had to work through some personal pain and some personal address dealing with the death of my father. He died when I was very, very young, so I grew up without a father. I didn’t have a dad… I had men in my life but I didn’t have my dad.  Of course as a result, I’m growing up trying to figure out what life is supposed to be like. It got to a point as an adult, where I really had to deal with it. Once I was able to process through that, what I ended up doing is I put together this body of music. One as an expression of my own emotional freedom, but also as a tool to help others and that’s the real reason behind all of it.”

“I hope that people are able to at least understand that while we may not have the same story, we may not have the same experience, we essentially all have the same emotions,” Jones continued. “That’s what connects us as human beings. My record is just a form of emotional expression, but it also tells you a story about how I became free. I’ve noticed just from different types of listeners, from different walks of life, everybody seems to grab hold of that, where they may have dealt with loss of some sort and they had to process through it.”

Jones is so concerned with helping people deal with loss, that he recently spoke at Community College of Philadelphia to local organizational, K-12 and higher ed, business and government leaders, working actively in the space to improve the life experiences and outcomes of boys and men of color. He shared his story of his fatherless journey, how music was a positive vessel for him while navigating his emotions, and led an open discussion on how music and the arts can help children (and adults) channel their energy and thoughts.

In addition to helping people deal with the array of emotions that come with loss, and the pain attached to that loss that we often carry with us throughout life, Jones also hopes that “Fatherless Child” will serve as proof of the importance of having a safe space for those emotions to be expressed.

“ I say the piano is the seat of my emotional expression,” Jones said. “I think it’s also to encourage others, particularly young people that you do need an outlet for emotional expression that people can celebrate as opposed to an outlet that will cause you to end up in jail. My same hands that I use every day, if I didn’t have a piano in its grasp… the potential for me to be a menace to society would’ve been much higher. But because an instrument was provided to me, that’s what I used for my hands. Aggravated assault and playing Rachmaninoff are the same thing… they are emotional expressions.”

“ I hope “Fatherless Child” allows a broader sense of understanding the importance of putting arts in the hands of children that are at risk,” Jones continued. “I think that’s extremely important. We need music education, but not just the music education… they need the tools! Whether it’s a beat machine, or a mic, or a video camera, young people need the tools to go with the education and that becomes the recipe for success in many cases.”

Jamar Jones will continue healing the world through his music. He is currently working on several initiatives to help people of all ages find their individual passions and to work towards achieving emotional freedom. “Fatherless Child” is available on ITunes, Amazon, Apple Music, Tidal and all platforms where digital music is downloaded and sold. Support Philly’s own and this incredible body of work! To keep up with all of Jones’ upcoming endeavors, visit www.jamarjones.org and follow him on social media @jonesmaestro.