The miracle that is Juwan Adams 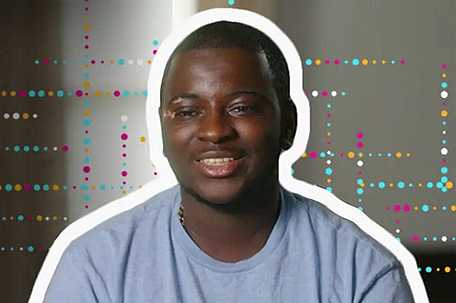 When the SUN audience was first introduced to Juwan Adams, it was in November 2019 and he needed a stem cell transplant desperately.

The SUN readers became actively engaged in Juwan’s process as we began the search locally and nationwide to find him a match through www.bethematch.org..

This young man went from stage 3 to stage 4 cancer, all while graduating from high school on the honor roll, holding a part-time job, and donating toys to the children’s cancer unit for his birthday at Children’s Hospital of Philadelphia.

Juwan visited several places like “Good Morning America,” where he was hosted by Robin Roberts, the Black anchor who has the same cancer and was saved by her sister who donated stem cells to her.

Even as Juwan had passed 17,000 donors in his search for a stem cell match for himself and other people of color who only had a 23% chance of finding a match, not one of those donors were a match for him.

Unfazed, this young man stopped treatment in the summer of 2020 and said even if there was not a match found for him, he was content that he was able to at least find matches for other people.

How remarkable is he!

In August, he went to have another set of scans done and what they found was nothing short of remarkable — his cancer was not showing up in the usual spots. According to his doctor, he was going into remission without being on any treatment at all and they could not figure out why that was happening. Not wanting to get his hopes up, he was told to return in November for another set of scans to see if what they had seen in August was happening.

During his scan in early November 2020, they kept Juwan at the hospital for over 11 hours running all kinds of tests, and what they found astounded them all — there was no evidence of cancer anywhere in his body! All traces of the disease had disappeared!

We screamed in absolute JOY because the prayers worked! While we did not find a stem cell match for Juwan, the Ceator had other plans.

Juwan is now in college and attending Wilmington University studying accounting and engineering, and was just bestowed the Equality Award from Be The Match for his work in securing thousands of donors for sick people.

Juwan’s family is grateful for all the donors, love, warmth and support during this difficult time. Juwan Adams became the miracle who is living every day with such purpose and continues to leave an indelible mark amongst us all.

To learn more about Juwan’s journey and the award he received, visit: www.youtu.be/ifIpxfghtMI .

Alawfultruth: Giving blood can save lives