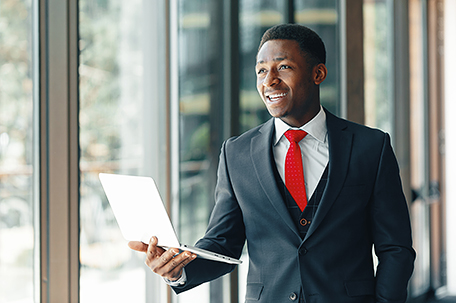 The Made Man Foundation and Mayor Jim Kenney’s Office of Black Male Engagement (OBME) announced the establishment of a partnership to support The Made Man (TMM), a globally recognized corporate and community initiative, founded by Philadelphia native, Dr. Ky Dele. TMM is a social engagement platform designed to showcase philanthropy, while powering the platforms mission to uplift & engage accountable male leadership in community service programming for underserved males. Headed by Jack Drummond, The Mayor’s Office of Black Male Engagement is known for its mission to align and focus resources and initiatives towards the specific goal of reducing economic and social disparities for Black boys and men while improving the communities they live in. This partnership is parallel to the OBME’s support of other renowned programs such as the My Brothers Keeper initiative that was introduced by President Barack Obama in 2014.

In its fifth year, The Made Man has become an internationally known initiative celebrated for its community mobilization model that forms a bridge for honorees and alumni to volunteer vital resources for empowerment, facilitate motivational workshops, and suit underserved Black males for success through a national suit drive entitled “Suit Up.”

Through the Suit Up program, The Made Man Foundation has notably collected over 18,000 suits through out its U.S tour trek and has publicly documented the distribution of these suits to local charities that service under-served Black males.

According to foundation representatives, the partnership between the two entities will include a collaborative effort to collect gently worn suits to benefit Black males in the Philadelphia region that are currently enrolled in workforce and career readiness programs. During the 2017 tour, Menzfit, a local charity that provides professional interview clothing, career development and financial literacy services to low-income men, were the recipients of TMM suits donated by honorable Philadelphia senators, congressman, and members of the corporate and entertainment sectors.

This partnership will also include a citywide effort to recruit over 300 male mentors to participate in the Big Brothers & Big Sisters program this fall. 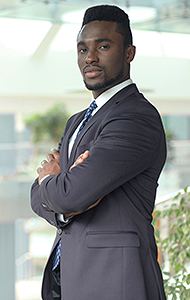 The Made Man Foundation further reports that on November 1, TMM & OBME will participate in a daylong series of community engagement activities. The pair will be making stops at a Philadelphia area high school to engage in programming with adolescent males that include workshops and hosting an afternoon Global Thought Leadership Symposium that is being held at Philadelphia Community College. Later that evening, Wells Fargo will host The Made Man Press Conference, & Honoree Reception at the Wells Fargo Bank Building, located at 123 S. Broad Street

“The Made Man organization serves to transform the narrative for melanin enriched men in a world that continues to judge and evaluate us by antiquated deficit based standards,” Drummond said.  The organization highlights the positive contributions and mobilizes men towards action.  The Mayor’s Office of Black Male Engagement fully supports “The Made Man” and all of its efforts.”

“The Made Man is uber excited about garnering the support of The Mayor’s Office of Black Male Engagement,” Ky Dele said. It is an honor to work with the Mayors Office and individuals that are truly dedicated to improving the lives of African- American males and helping The Made Man create opportunities for men of color.”

Community empowerment mentoring and motivational workshops with the honorees speaking at local schools and community-based organizations.

The Made Man Honorees, Partners, and VIP guests

The Made Man Honorees, Partners, and VIP guests

Items received will be donated charities. ‘A Taste of Philadelphia’ hors d’oeuvres and cocktails will be served by MillerCoors

One hundred percent of proceeds benefits The Made Man Foundation & Programming