The Defender Association of Philadelphia — the city’s best kept secret 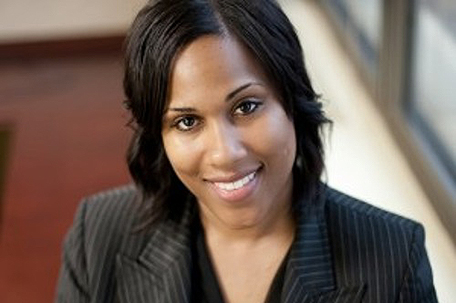 The Defender Association of Philadelphia is nestled on 1411 Sansom Street between famous restaurants Ocean Prime and Del Frisco’s Steakhouse.

It is easy to miss, covered with scaffolding as it undergoes repairs and cosmetic changes. If one isn’t looking for it, it most certainly would be overlooked as just another office building.

This is the story of an organization that has stepped up on behalf of the marginalized with tangible results, but is often viewed as the “stepchild” in a criminal justice system where sensational cases rule.

Inside the building are six floors and a total of 537 employees — 246 of whom are lawyers. To give you an idea of how crushing the workload has been, those lawyers had 47,714 cases in 2018 alone, which was comprised of the following: 1,623 juvenile criminal cases, 3,687 child welfare cases, 15,850 violations of probation and 26,554 adult criminal cases.

It was those numbers that led chief defender of the association, Keir Bradford-Grey, to begin addressing the drivers of mass incarceration and the punitive system of cash bail.

You can imagine this was not an easy feat. Nevertheless — armed with massive data that would support what Bradford-Grey and her stellar team already knew — she worked collaboratively with the District Attorney’s office to present that data and its findings to end Philadelphia’s cash bail system.

Bradford-Grey — the first (and only) person of color to run the Defender Association of Philadelphia in its 75-year history, the fifth largest defender’s association in the country — is at first glance an easy going woman with a heart steeped in restorative justice.

She also had the distinction of being the first chief defender of color in Montgomery County, where she drafted policies that forever changed the way its defender’s office operated.

What is striking about Bradford-Grey beyond her determination to fight for the underserved, is her willingness to sit at the table and share resources with no ego at all. One may mistakenly walk away, thinking she was gullible for doing such – but make no mistake, her mind is razor-sharp, and her methodologies leave no room for error in her daily quest to give dignity and quality of life to those society often sees as throwaways.

She brought that tenacity to the Defender Association of Philadelphia, and is so mission-driven, that when asked to resign after two years to run for the office of District Attorney, she flatly declined. Her exact words were, “I will not walk away from a job not completed and l truly care about the citizenry of this city. I need to stay here and finish what I started.”

To see how much Bradford-Grey has accomplished since then with her team shows a level of integrity at the highest levels, not always seen by leaders of large organizations.

However, instead of getting the public acknowledgement for their work, praises were heaped on the District Attorney’s office alone, as was evidenced by a recent tweet on May 17 from Democratic presidential candidate Bernie Sanders.

So, while the DA’s office continues to receive accolades, one example of what the Defender Association of Philadelphia created on their end was to partner with community organizations to create a pre-entry coalition. They worked with clients to obtain identification cards, benefits, employment, mental health and substance abuse treatments and community support.

They have had excellent outcomes thus far – 9 out of 10 clients showed up in court and 3 out of 4, actively followed their release plans.

Quite simply, their work is revolutionary and one that is being watched around the country.

Improving the Pre-Trial Experience in Philadelphia

They recently presented a new vision for Philadelphia’s pre-trial system, “one that promotes public safety and saves money, while ensuring fundamental fairness,” according to Bradford-Grey. “We researched the different state models of no cash bail systems to design a system that reflects and incorporates [the] best practices from around the country,” she said.

The office went further to draft proposed rule changes to expedite the implementation of a finalized plan, and presented it to the first judicial district and the District Attorney’s office for careful consideration.

Citing how fear and race biases were at the core of decision making — especially pre-trial —  the  association began mitigating the bias by humanizing every person who went through the pre-trial process, and enacting meaningful bail reform, which is a critical piece of changing the culture of mass incarceration.

Another major driver of mass incarceration is the one out of every 22 adults on probation in Philadelphia. It is so prevalent that it is called mass supervision.

“Research has shown that after the first year, unnecessary supervision can prevent, rather than support, people getting back on their feet and contributing to their community,” Bradford-Grey cited in a recent fiscal year report to City Council.

As a direct result, of the 1,110 early parole petitions filed by their alternative sentencing unit, 944 were granted, which saved the city $6.8 million in 2018 alone from not having to absorb the daily rates of inmates in jail awaiting trials.

The Defender Association of Philadelphia has been supporting people who are reentering the community by filing 4,509 expungements and sealing petitions through the diligent work of the administrative staff.

They have also been tackling racial disparities in vehicle stop-and-frisk by using the stories from their clients and analyzing police data.

The Children and Youth Justice Reform

The Defender Association of Philadelphia is advancing children and youth justice reform through Leola Hardy, the new chief of the juvenile delinquency unit —which was renamed the Children and Youth Justice Reform Unit — to better represent its mission.

Hardy is using decades of practice and policy experience to drive her work. Her unit is warm, inviting and leaves one feeling safe, not anxious.

This revolutionary model made Philadelphia earn the distinction as the only city in the country with multiple hubs. In April 2019, the city’s and the nation’s first participatory hub for children and youth was opened. Even more remarkable, Defender attorneys and staff volunteer their time at each hub meeting, so there is zero cost to the city, with hub clients making 100% of their court cases.

Out and About in the Community

Bradford-Grey made certain that the Defender Association of Philadelphia was out in the community at resource fairs, barbershop conversations, know your systems trainings and many community events — which began opening eyes on just how much her office does each day.

One new partnership is the Players Coalition between the Defender Association of Philadelphia, the District Attorney’s office and the Philadelphia Eagles, which led to a $195,000 grant to pre-entry coalition partners.

The Defender Association of Philadelphia is also advancing better client and community outcomes with social services.

As you walk past each office or desk, you can hear the quiet hum of lawyers and advocates and social workers working diligently to save lives — without hardly being noticed — except for a brave and progressive leader in Keir Bradford-Grey, who has brought their mission to the forefront, and caught the attention of the average citizen and above.

It is a mission driven with a purpose, in an office that has been the best kept secret — an office many assumed was simply there with no real goals to help anyone. This couldn’t be further from the truth.

If you ever find yourself or a family member caught up in the justice system, know that you are in excellent hands there.

For more information about the Defender Association of Philadelphia, call (215) 568-3190, or visit: www.philadefender.org .