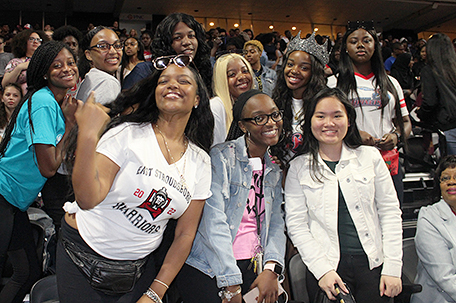 ABOVE PHOTO:  Students having a ball at College Signing Day.  (Photo: Leona Dixon)

As she sat in a chair at the Liacouras Center on Temple University’s main campus watching her Martin Luther King High School students enjoy their moment in the sun as part of College Signing Day, Daiima Coleman Johnson was proud.

In a school district where staffing changes, a lack of resources and challenges from the outside world are common, that her students were being honored for making it to the next academic level in spite of it all, made her happy, Coleman Johnson said.

“This is extraordinary,” she said as co-host Nick Cannon took the stage. “It’s so good to see the number of kids going to college and that they’re being honored like this. It warms my heart.”

And as a parent, the day was even sweeter. 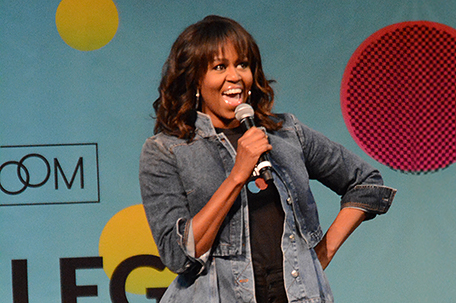 “My son, Semaj Hazzard, is here,” she said. “He goes to the [George Washington Carver High School for] Engineering and Science,” Coleman Johnson said. “I’m so proud of him. I really can’t say enough about what he’s done.”

About 7,000 School District of Philadelphia students took part in the fourth College Signing Day for the district and the fifth nationwide. More than 2,000 Signing Day events featuring 600,000 happened throughout the day on Wednesday, said Eric Waldo, executive director of Reach Higher, the event’s organizers.

At a time when entertainment gets more attention than academics, events like National College Signing Day are vital, he said.

“As a culture, [education] is what we should be celebrating,” Waldo said. “This is the first important step in their journey.” 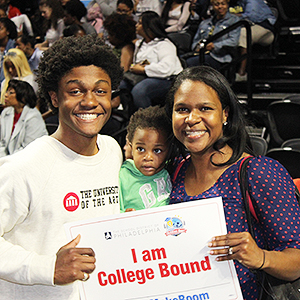 Jamir Smith (student @ GAMP), attending University of the Arts in the fall, with his mother Valen Tynes-Smith, and his little brother. (Photo: Leona Dixon)

If the students felt a little overwhelmed by the parade of stars that took to the Liacouras Center stage to praise their efforts, they didn’t show it. From Questlove of The Roots to Philadelphia Eagle Malcolm Jenkins to actresses Zendaya and Rebel Wilson, actor Bradley Cooper and Sixers great Dikembe Mutumbo, the stars kept coming.

But the true rock star welcome was reserved for Michelle Obama, who began Reach Higher and National College Signing Day at the White House in 2014.

As someone who attended school in a public school system similar to Philadelphia’s, Obama knew just how little was expected of the students in that room because about the same amount was expected of her. When she was applying to colleges, her counselors tried to tamp down expectations, she said.

“They told me not to aim too high,” she said.

But she proved her doubters wrong, and by getting accepted to college and furthering your education, you have proven yours wrong too, Obama said.

“[Education] is an instrument that no one can take from you,” she said. “You’ve got to ignore the haters, and surround yourself with positive people.” 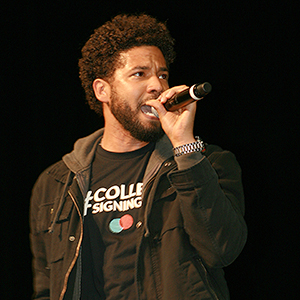 Obama went on to tell the students about her experiences as a college student, the adjustments that it required and the self-doubt that sometimes continued to creep in. While there will be times when you struggle, the key to success is getting the help and support you need.

And that should start with the ones that love you the most, Obama said.

“Your community and your hometown are rooting for you all the way,” she said. “We need for you to be successful. We love you so much.”

As they left the Liacouras Center, many of the students said they felt that love.

“This felt amazing,” said Tatyana Cosby, a senior at the Philadelphia High School for Girls who will be attending Community College of Philadelphia this fall. “I feel ready for college and really inspired.”