“The Clock Is Ticking” 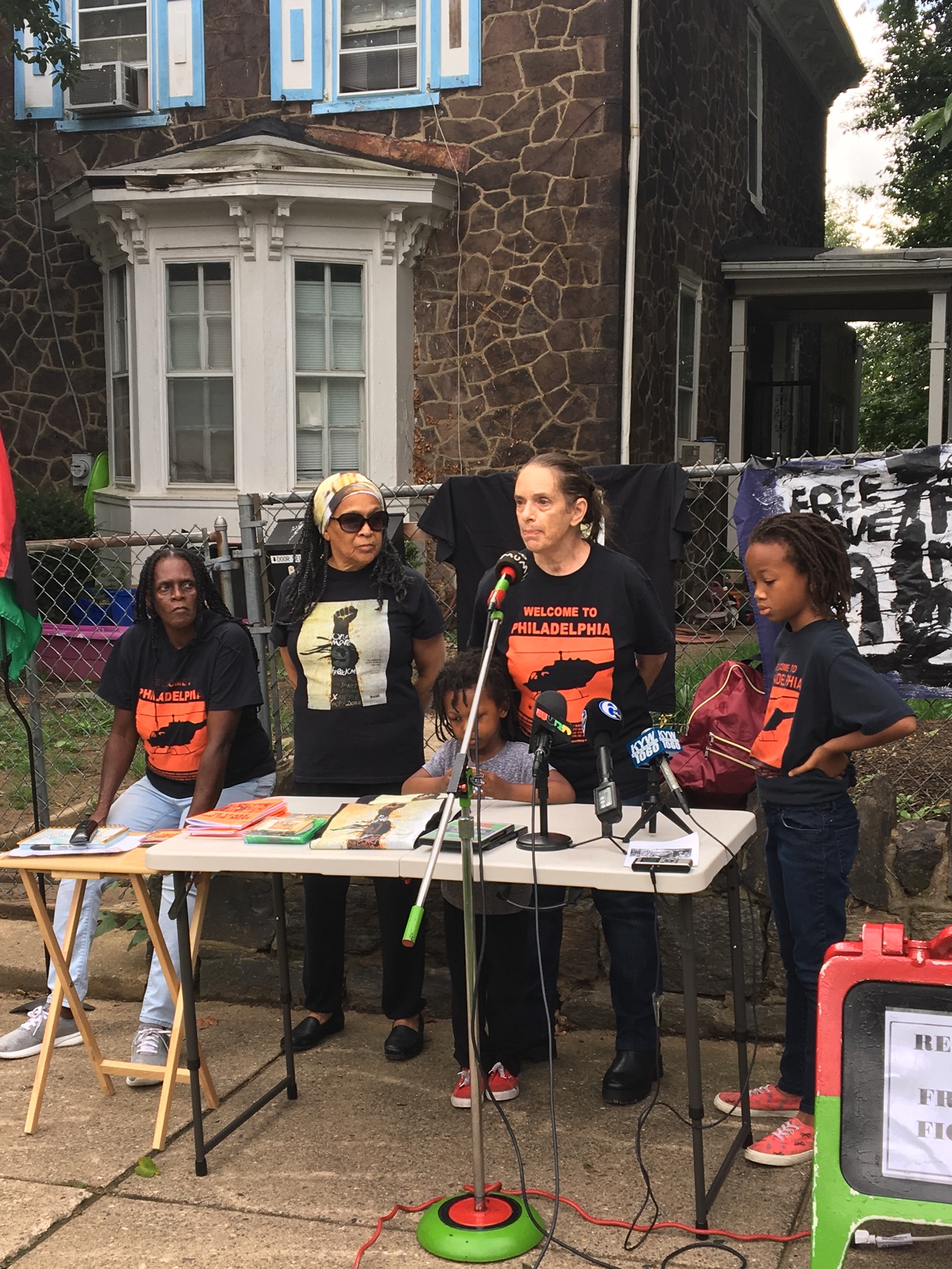 Above photo: MOVE Members Consuela, Pam and Sue Africa speak to reporters about Ramona Africa’s health condition at a press conference held in front of the group’s headquarters in Southwest Philadelphia on Wednesday. Ramona is currently in an undiscolosed medical facility recovering from a stroke and cancer and the group is raising funds to help her. Photo: Denise Clay

Ramona Africa, the lone adult to survive the 1985 MOVE bombing, is battling two illnesses, and the healthcare system.

By Denise Clay
When you picture Ramona Africa, you picture a woman whose strength is close to unmatched.

But at a news conference held in front of Africa’s home in Southwest Philadelphia on Wednesday, her brothers and sisters in the MOVE organization said the woman who walked out of a burning home in May 1985 with little more than burns is in a fight for her life, and help is needed for her to win it.

Two months ago, Ramona Africa was diagnosed with cancer, something MOVE members have connected to the defining event of her life, said Sue Africa, a longtime member of the organization.

“We believe that something was in the house on May 13, 1985 that caused Mona to surface with cancer all these years later,” Sue Africa said. “Because they not just used a bomb, or C-4, which was supposed to be illegal for the City of Philadelphia to get, they had all kinds of destructive, exterminating chemicals in that house. And we are very, very suspicious of this. So Ramona not only has cancer, she cannot walk. And she cannot walk because she has had a terrible stroke that has left her unable to walk.”

While she’s getting treatment for the cancer, the more immediate need is for money that would allow Ramona to continue physical therapy.

So her MOVE family has put together a GoFundMe page to raise $40,000 for her care. While they know it’s not nearly as much as they need, they believe it’ll be a start toward bringing MOVE’s Minister of Communication home.

It is care that’s been hard for her to get, said Pam Africa, another longtime member of the group. Ramona’s health insurance provider, United Healthcare, has only authorized 30 days of physical therapy despite the need for more.

The facility, which the group refused to name, had also tried to send her out of the hospital before cooler heads and the law prevailed, Pam Africa said.

While her spirits are high because of the outpouring of love from the community, having visitors isn’t something she needs right now, Pam Africa said.

“Don’t seek her out,” she told the gathered journalists. “Let her concentrate on healing.”

If you are interested in helping MOVE help Ramona Africa with her medical needs by ensuring she gets the therapy and treatment she needs through donations or by volunteering to help with her care, you can contact MOVE at [email protected] or donate directly to the Go Fund Me page at gofundme.com/saveramonaafrica.