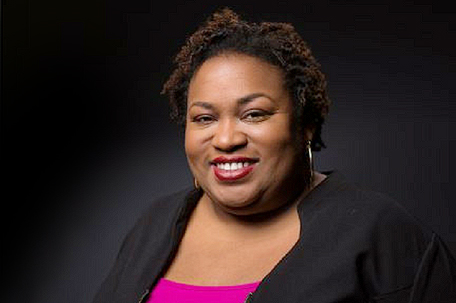 Brittney Cooper’s new book “Eloquent Rage: A Black Feminist Discovers Her Superpower” not only explains Black feminism, but also provides a road map for how anger can be used to bring about societal change.

As a Black girl growing up in the turbulent 1960s, feminism, the “new” concept of women’s liberation and how we as Black women fit into it inevitably came up in a conversation with my mother.

Mom wasn’t impressed. “Black women have always worked…” she said. The desire for a career was more of a White woman’s ‘thing’ to her.

After reading Brittney Cooper’s book “Eloquent Rage: A Black Feminist Discovers Her Superpower”, I wish I had someone like her to refer to as a teenager because she answered a lot of the questions that I had. In this book, she comprehensively nails everything from the concept of Black feminism to Black Lives Matter to Hillary Clinton to White privilege and beyond. Were it not for the profanity, I’d recommend that this book be on the required reading list for all school districts, beginning with junior high.

Cooper begins by using her own life experiences trying to find out who she is in her early life, juggling how to get along with her Black peers and her White classmates in school, her difficulties at home, being raised by a teen mother and the murder of her father, all while trying to develop a sense of who she wants to be as a Black female in a male-dominated society.

Most importantly, Cooper turns the ‘angry, Black woman’ stereotype on its head, presenting anger as necessary to the Black woman’s survival.  This so-called “rage” that Cooper talks about also keeps Black women honest and accountable to themselves as well as others.

The turning point for Cooper, which she admits made her the fierce feminist she is today, was a comically candid conversation with her grandmother about love, sex and marriage and an intervention by a few of her friends.  She also suggests this “rage” has fueled the excellence of today’s Black female icons: former First Lady Michelle Obama, tennis champion Serena Williams and pop diva Beyoncé, to name just a few.

“Eloquent Rage” could be seen as today’s version of The Green Book, which was a motorist travelers’ guide used during the dangerous Jim Crow era that listed friendly services and places that Black travelers could patronize without the difficulties produced by racism.  What “Eloquent Rage” does is guide Black women through 21st-century issues and suggests how to keep their self-esteem intact while tackling issues that affect their lives head-on — without fear; and gives reasons for the attitudes Black women encounter; the sexism, racism, misogyny.

“We live in a nation that does everything to induce or rage while simultaneously doing everything to deny that we have a right to feel it.  American democracy is as much a project of suppressing Black rage as it is of legitimizing and elevating white rage. American democracy uses calls for civility, equality, liberty, and justice as smoke screens to obscure all the ways in which Black folks are treated uncivilly, unequally, illiberally, and unjustly as a matter of course.  Had Darren Wilson been just a bit more “civil,” Mike Brown might very well be alive.”

“The ability to take on and peel off the parts of Black culture that you like at will is exactly what is meant by the term “white privilege.”  And while culture sharing is fine, white people don’t share. They take over.  They colonize. They claim s**t as their own and then accuse others of being territorial and retrograde for pointing out these aggressive borrowing practices that shape white culture.”

“White girls usually cry white-lady tears after they have done something hella racist and then been called out by the offended party for doing so. To shift blame and claim victimhood, they start to cry.”

Brittney Cooper has given us a gift with “Eloquent Rage”, a well-written, intelligent, and straightforward collection of essays that explain Black feminism and womanhood and its place and importance in today’s society.

Ten books on Black culture, because why wait for Black History Month?