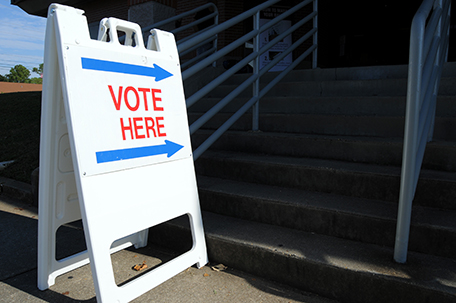 The Black Clergy of Philadelphia and Vicinity and the Democratic Jewish Outreach PA (DJOP) have announced a joint effort to maximize turnout in the Tuesday, June 2 Pennsylvania primary election.

Rev. Robert Collier, president of the Black Clergy of Philadelphia and Vicinity, and Jill Zipin, chair of DJOP, said in a statement that they “are committed to working together to protect access to the ballot and to encourage our constituents to vote by mail.”

“As the coronavirus pandemic continues to ravage our communities, we want everyone to know that they do not have to jeopardize their health by voting,” the statement read. “They can apply to vote by mail until the close of business on Tuesday, May 26 by visiting www.pavoterservices.pa.gov.  If they are not yet registered to vote, they can first use this same email address to register by Monday, May 18.”

Collier and Zipin explained that every Pennsylvania voter who registers to vote by mail by May 26 will automatically be enrolled to vote by mail in the November general election.

They also said that their organizations will work with elected officials, including U.S. Rep. Dwight Evans (D-3rd Dist.), State Sen. Vincent Hughes (D- 7th Dist.) and State. Rep. Jared Solomon (D- 202nd Dist.), to encourage their constituencies to register to vote by mail prior to the May 26 deadline.

“Our two communities share a set of democratic values that envision a government based on justice, decency and righteousness,” their statement read.  “Now, these values are under attack by White nationalists who spew racist and anti-Semitic hatred, encouraged by a president who provides comfort to their know-nothingism.”

“History tells us that we have soared highest when the African American and Jewish communities work together to shine the light on the darkest corners of our nation,” the statement continued. “ We owe it to the martyrs of the tragedies in Charleston and Pittsburgh to create the highest possible voter turnout so that we emerge from this pandemic and this dangerous, narcissistic administration with our democracy intact – a democracy based firmly on tolerance and equality.”

The Black Clergy of Philadelphia and Vicinity represents African-American clergy grounded in Christian principles of social, political and economic justice.

The DJOP is a federal political action committee formed in 2008 to support progressive candidates and legislation and sponsor programs on contemporary issues.  Its work is driven by the traditional Jewish values of the pursuit of justice and the principle of tikun olam, Hebrew for “repair of the world.”