The Beauty of the Motherland 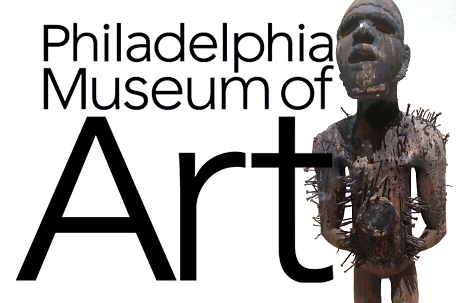 With the Philadelphia Museum of Art’s “Creative Africa” exhibit, the continent’s artists get their moment in the sun. 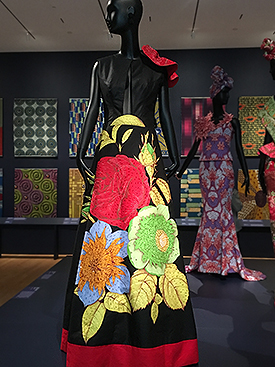 The photographer from the Ivory Coast has taken pictures of cities in Africa, searching for the kinds of things that you might not see anywhere else, especially if that somewhere else is America.

“I want to showcase the diversity of Africa,” Dego said. “There are a lot of different things going on in Africa and they’re things that people may not see. I take pictures of a lot of everyday people.”

Philadelphians will now be able to see Dego’s photos of urban Africa as well as architecture, metal work and fashion from the Motherland as part of the Philadelphia Museum of Art’s “Creative Africa” exhibit.

The exhibit, which is housed at the Ruth and Raymond G. Perleman Building, 2525 Pennsylvania Ave., features not only photography, but also textiles, artifacts from castles in Benin and other parts of Africa and examples of architecture that’s as beautiful as it is functional.

Centering the exhibit is “Look Again: Contemporary Perspectives On African Art.” This exhibit is a collaboration between the Art Museum and the Penn Museum and focuses on the artistic heritage of Western and Central Africa and the intersection of beauty and functionality. 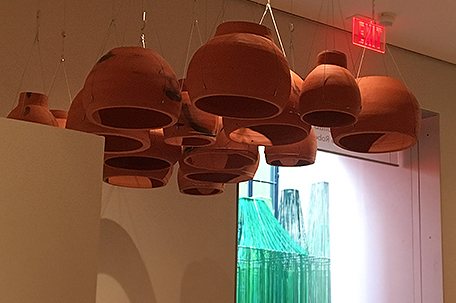 From bronze plaques that were made with lost wax casts and once adorned the palace of the Oba (king) of Benin to the weights used to weigh gold and other things and the Congan Power Figures that are supposed to represent empowerment with the nails, tacks and horns that stick out of them, this is an exhibit that showcases the beauty and functionality of African art.

“This season of related exhibitions will offer our visitors a wonderful opportunity to make connections between centuries-old traditions and contemporary artistic practices,” said Timothy Rub, the George D. Widener Director and CEO of the Philadelphia Museum of Art.

One of the contemporary artistic practices that will be on display via “Creative Africa” is the practice of photography. The exhibit “Three Photographers/Six Cities” features Dego’s offbeat locales, the city scapes of Akinbode Akinbiyi and Seydou Camara’s photos of Islamic manuscripts.

Two of the brighter parts of the exhibit are the Vlisco African Fashion on a Global Stage exhibit and the Threads of Tradition exhibit, which focuses on African textiles.

The Vlisco exhibit partners African designers like Benin’s Pepita D, and Marsh Arora with the Vlisco cloth company to create a variety of pieces using the company’s colorful patterns on everything from gala dresses to business and party clothes.

Threads of Tradition features clothing from the Hausa people of Nigeria, Kuban cloth from the Democratic Republic of Congo, and traditional Kente cloth from the Ashanti people. It also gives you the chance to make up your own patterns on the “Create Your Own Pattern” board.

There is also an exhibit of the work of African architect Diebedo Francis Kere’. The Burkino-Faso born architect, who has designed a variety of buildings including the International Red Cross museum and A Place To Gather in Chicago, is featured in the exhibit “The Architecture of Francis Kere: Building for Community.” Kere, who is now based in Berlin, Germany, produces community-focused work and among the features in the exhibit is a school he built.

The exhibits “Three Photographers/Six Cities”, and “The Architecture of Francis Kere’” will run until Sept. 25. The “Look Again” exhibit will be shown until Dec. 4, and the Vlisco and “Threads of Tradition” exhibits will be on display until Jan. 2017.

Tickets are $20 for adults, $18 for senior citizens, $14 for students, and free for children under 12. You can also see the exhibit as part of the Art Museum’s Pay What You Wish outreach the first Sunday of every month. The Perleman Building is open from Tuesday-Sunday from 10AM to 5PM.