The 2022 Odunde festival — celebrating a lifetime of cultural experiences 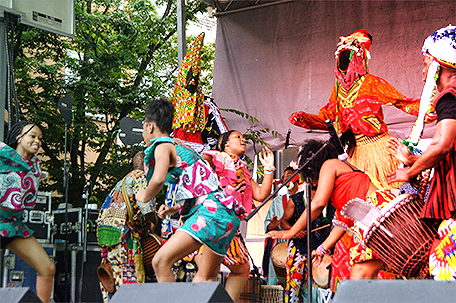 The country’s largest African American street festival lived up to its name as over 100,000 came out to enjoy the cultural experience.

Odunde returned after a two-year hiatus largely due to the COVID-19 pandemic. It was a successful and impactful event.

“I’m elated that Odunde is back,” said Odunde CEO Oshunbumi Fernandez-West. “I am so thankful to God to allow Odunde to come back. And I’m just excited.”

Philadelphia’s Odunde festival was founded by the late Lois Fernandez in 1975. Her vision for the one-day festival was to engage African American and African residents in Philadelphia and the surrounding areas to learn about the celebration, which begins on June 12.

Fernandez was able to get the city’s backing and support over the years since her inception in 1975.

Fernandez-West was asked about the advice given to her by her mother as she assumed the role of CEO of Odunde Inc.

“I’ve been the CEO for the past 25 years,” she said. “The advice my mother gave to me when I took over was [to] know who you are.”

Philadelphia has become a good community partner to the Odunde festival, one of its signature events. The city contributed $250K to this year’s celebration.

“It was a wonderful support,” Fernandez-West said. “Due to the pandemic, our finances were [depleted], and the fact is that the city stepped in and helped us. A special thank you goes out to Councilman Derek Green, Councilwoman [Maria Quinones] Sanchez and Councilman Kenyatta Johnson for really supporting our event.”

Tourists who come to the city to attend the festival generate millions of dollars for the city. Vendors also benefit from the dollars of patrons who are able to experience African culture through its jewelry, clothing, ceremonial items and food offered from the continents’ many countries.

The festival began at the 23rd & Grays Ferry Avenue location with the traditional walk to the Schuylkill River with the offering to the Yoruba gods called from Oshun to Oshun as a show of goodwill. Once the offering and prayer ended, the festival was under way. The last time this ritual was performed here was in 2012.

Iya Olakunle Oludina of the Ifa Temple for Spiritual Growth who led the walk to the Schuylkill with over 50 to 60 people, explained  what the processional service meant to those who wanted to understand the Odunde New Year more fully.

“We all go to the river for Oshun,” she said.  “She is the deity of the river, and a Greek goddess is what they call them. Oshun is really about our families, matters of the heart, culture and being a part of the abundance. That’s the reward from them — abundance.”

A variety of musical and cultural acts were presented at the festival. Legendary rapper Doug E. Fresh was the headliner.

One of the first musical acts of the day started at the 23rd & South Street stage was Kulu Mele. Other acts included PHILADANCO, Community Visionary Awards and the ODUNDE365 Entrepreneurs Showcase.

Aminata Volta of Amy’s Handmade Earrings enjoys her participation in the festival as a vendor.

“The festival is very good,” said Volta, who is a native of West Africa. “I’ve been coming here (as a vendor) for the last 25 years. It’s a very good place to come.”

Local resident Casey Mastroyannis, who recently moved to South Street with her family, was impressed.

“It’s fantastic,”  she said. “We literally live on South Street. It’s our first year (at Odunde) here. We haven’t lived in this part of the city before, so, we didn’t know that this happened. We were sad to hear that it hadn’t happened for a couple of years because of the pandemic, so we were super excited to come out today.”

“I think that Philadelphia is a fantastic city with a lot of representation (of ethnic backgrounds),” Mastroyannis added. “I think a lot of other cities don’t benefit from what Philadelphia offers. Putting on events like this help people come together and expose cultures and have an appreciation for their cultures to other cultures. Whether its music, artwork or food and I think that’s really important.”

Fernandez-West spoke about what her goals were for Odunde moving forward after the festival.