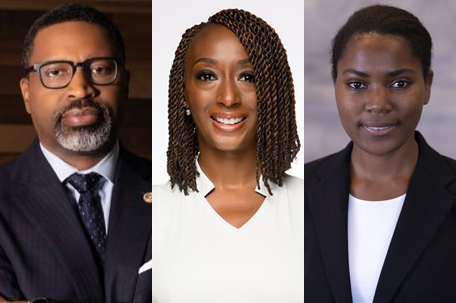 The theme of the 112th NAACP Virtual National Convention, which took place from July 6-14 — “Always Fighting Forward” — embodied the true spirit of their mission as it continues to adapt to the 21st century.

From its inception, the historic organization has always operated on a continuum where the past is prologue, and that there is nothing new under the sun when it comes to the fundamental issues faced by African Americans, just new manifestations of them.

For over a century, the NAACP has always focused on action, solutions and the future as well. After all, “advancement” is the second word in the organization’s title.

The virtual Sunday church service, regional meetings, ACT-SO youth competitions, award ceremonies, networking events and more were streamlined and fast paced, yet thorough enough to ensure an enjoyable and informative experience for all through this ever-evolving technological format.

During the opening ceremony, NAACP president and CEO Derrick Johnson set the tone for the event as he outlined how many of the current challenges can be directly traced to the previous presidential administration, white supremacists, social media disinformation, misinformation and propaganda.

“We are witnessing a sea change in the public discourse in a direction that none of us would have ever imagined just five short years ago,” he said.

In recognition of the fact that many of these challenges are simply technologically enhanced versions of the hatred, bigotry and discrimination that the organization has always fought against, Johnson encouraged members to stay focused.

“NAACP, we started with this fight, and will continue this fight — 112 years from our inception,” he said.

There was a wide array of breakout sessions and workshops for participants from all age groups to engage in, with a strong emphasis on the youth, who are taking the lead when it comes to focusing on some of the issues most important to them.

For instance, sessions like the peer-led Gen Z Culture Talks — which focused on topics like identity exploration, self-care and mental health — provided safe, non-judgemental spaces for young people to talk about issues that can be hard to discuss with even their most progressive elders. It also gave those elders a chance to learn about these things and become better equipped to support this new cohort of leaders and activists.

During the session entitled “We Can’t Breathe – Environmental and Climate Racism is Killing Us – Literally,” activists, thought leaders and experts explored this complex topic, bringing fresh insights to a battle that has been fought for nearly 50 years.

Black farmers already play a key role when it comes to sustainability and environmental stewardship, even in their diminished numbers, yet need to be very mindful when it comes to equity around the expansion of agricultural use in the renewables industry, she added.

Opportunities for intergenerational collaboration also played a main role in this year’s convention.

During the “Voting Rights, Redistricting and Elections” session, DNC Chairman Jaime Harrison spoke about the current voting rights struggles, and how African Americans need to get focused and remain active.

Voting is the great equalizer, and must be guarded and protected, Harrison said.

When it comes to the latest battle for voting rights, staying on the sidelines while the house is on fire waiting for the fire department to show up is not an option.

There isn’t going to be a superhero who is going to fly in and save us — we all have an active role to play, Harrison said.

“We cannot face the future without facing the past,” said Rep. Joyce Beatty (D-Ohio), current chair of the Congressional Black Caucus, as she called on intergenerational coalitions to fight together.

It’s important to be engaged, and to fight in person as well as online, she said.

When asked about the current discussion surrounding the filibuster, Beatty said that Vice President Harris has been in talks with Senate members regarding a “carve out” provision concerning the current H.R. 4 voting rights legislation — also known as the John Lewis Voting Rights Act — to protect it from the rule, which requires 60 votes as opposed to 50 in order to pass.

Mandela Barnes, who is the first African American to serve as lieutenant governor of Wisconsin, and the second African American elected to statewide office, spoke about the many recent voter suppression actions in Wisconsin, the importance of judges, redistricting, and prison gerrymandering.

Barnes is particularly concerned about how Census 2020 reporting delays — information that directly affects how district lines are redrawn — are being exploited by the GOP throughout the country as the midterm election season approaches, he said.

A’shanti F. Gholar, president of Emerge — the only organization dedicated to recruiting and training Democratic women to run for office — and host of “The Brown Girl’s Guide to Politics” podcast, said that she was also adamant that people pay closer attention to what the process looks like at the state level. Gholar also emphasized the critical role that activists, leaders and other stakeholders play in these tumultuous times.

“We have to use our voices… there are folks who will listen to you — we must combat misinformation and apathy,” she said.

Next year’s convention is scheduled to take place from July 14-20 in Atlantic City.