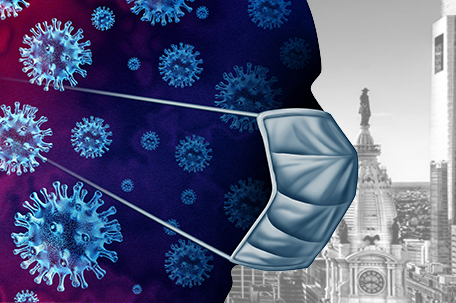 PHILADELPHIA (AP) — Temple University has announced a two-week halt of in-person classes as Philadelphia officials called on all college and university students in the city to avoid all social gatherings with people outside their households.

Temple officials said Sunday that new test results over the weekend had pushed the number of active COVID-19 cases from the 58 reported Friday to 103 active cases, most of them among people with no symptoms and a small number with mild to moderate flu-like symptoms.

University president Richard Englert said officials believe they are seeing “new cases that result from small social gatherings happening off campus.” He said that prompted the two-week “pause” on in-person classes and a contact tracing effort.

We are hopeful, of course, that we will be able to return to the full hybrid program in place at the start of the semester, but any such decision will be driven by the data and public health guidance available at the time,” Englert said in a statement.

Over the weekend, city health officials urged all college and university students to avoid social gatherings with people outside of their household and to wear masks when they cannot avoid such contact.