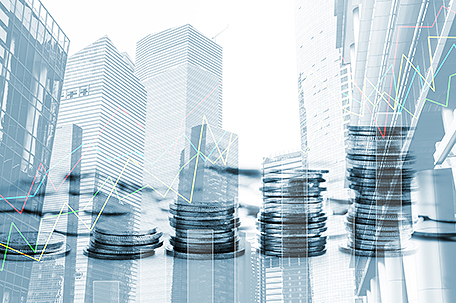 The Reconciliation Task Force announced that the City Treasurer’s Office (CTO) has successfully reconciled the vast majority of unreconciled cash accounts dating back to 2014 during the previous administration. The panel will continue to work toward resolving the few remaining inconsistencies.

The task force, led by City Treasurer Rasheia Johnson and former City Controller Jonathan Saidel, has overseen the reduction of the unreconciled amount from the $40 million discovered by the City Treasurer’s Office and the Accounting Division of Finance in 2017 to less than $1 million.

Significant progress in resolving the issues came in November, when the Treasurer’s Office decreased the unreconciled variance in the Consolidated Cash account to $2.1 million, down significantly from the October total of $23.3 million. The majority of that reduction was accomplished by identifying duplicate debt service entries made in 2015 and 2016. In this case, duplicate journal entries were made, but only one payment was ever processed. No funds beyond the correct amount were disbursed.

“We first identified the full scope of the reconciliation issue in 2017. The issue began before the Kenney Administration took office, but we firmly committed to fully reconciling all cash accounts,” said Johnson.  “We came very close to full reconciliation and we will work diligently into the new year to bring this matter to full closure.  I’m pleased with the progress we’ve made, and proud of the safeguards that we’ve instituted to prevent this from happening in the future.”

The Reconciliation Task Force included representatives from the Pennsylvania Intergovernmental Cooperation Authority (PICA), City Council, the Mayor’s Office, the Office of the Director of Finance and the Office of the Inspector General (the Office of the City Controller declined to participate). The task force has met bi-weekly since June to ensure that reconciliations are proceeding on a timely basis, to establish and enhance controls, and report out on progress to the public.

Prior to the formation of the Task Force, the Treasurer’s Office retained the services of a nationally-recognized accounting firm, Horsey, Buckner & Heffler, which provided additional resources and expertise to the effort.

CTO has taken steps to ensure that the City never falls behind on reconciliations again.  Those steps include:

•  Cross-trained employees so that work can continue even if an employee is absent.

•  Increased staffing.  CTO has added two employees and will add an additional new Assistant City Treasurer position to ensure that it has sufficient resources to keep up-to-date with reconciliations.

•  Hired a new Deputy Treasurer for Cash Management who started this month.  The new deputy will oversee reconciliations and ensure that the City stays up-to-date.

•  Developed a policies and procedures manual to provide guidance to existing and new employees on what processes to follow, which will be implemented by the end of FY19.

•  Improved communications with other departments.  This has allowed CTO to obtain information necessary to create a more efficient reconciliation process.