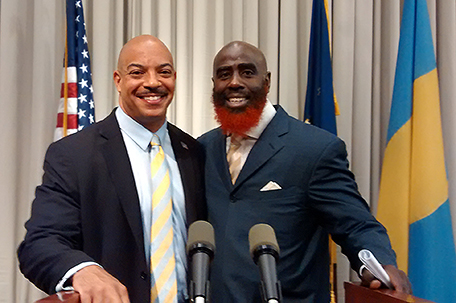 PHILADELPHIA–Tariq El-Shabazz kicked off his campaign Monday to be Philadelphia’s next district attorney.

He’s no stranger to the office.

El-Shabazz served as Philadelphia Assistant District Attorney from 1988 to 1993.

He returned to the DA’s office last year, and was the First Assistant District Attorney until his recent resignation.

El-Shabazz wants to replace District Attorney Seth Williams, who is not seeking a third term amid an FBI investigation into gifts he failed to report and other matters.