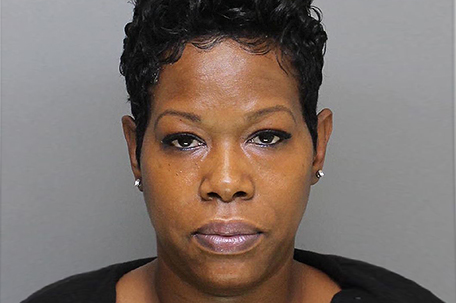 Incident: On Wednesday, October 1, 2014, at 10:10 PM, the complainant, a 23 year-old female, was inside Whispers Bar located at 7610 Ogontz Avenue when an unknown female approached her from behind.

The suspect then began punching her in her head and body. When other patrons attempted to break up the fight the suspect threw a pint glass hitting the complainant above her right eye causing a large laceration.

The suspect fled the bar in an unknown direction. Stills captured from surveillance video are of a person of interest who seems to be an associate of the suspect and attempts to calm her down.

On October 8, 2014, an identification of suspect Crystal Williams was made which led to her arrest on October 14, 2014. Williams is 41 years of age and is from the 1900 block of Renovo Street. She is charged with aggravated assault, PIC, and simple assault.