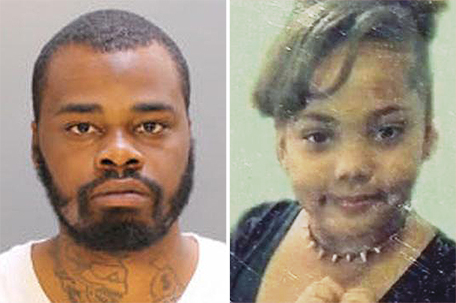 On Wednesday, November 30, 2016, a tip call was received from A&P Auto Body Shop located in Frasier, PA, regarding a damaged auto within the shop that matched the description of the striking vehicle.  Members of AID proceeded to the auto body shop with evidence / fragmented auto body parts to verify if this vehicle was involved in the crash.  The unique fragmented parts were matched to the vehicle at the auto body shop; the vehicle was seized by AID personnel and towed to the police garage for further processing.

As a result of the investigation, the operator of the striking vehicle was identified as Paul Woodlyn, 24, from the 1200 block of Marlyn Street; Woodlyn was arrested and charged with the following:  homicide by vehicle, involuntary manslaughter in the death of 8-year-old Jayanna Powell and related offenses.

“The individual that runs the body shop saw that, got suspicious, called us up. We went up there and were able to match up some of the auto parts to that particular car. It is absolutely the car,” said Commissioner Richard Ross.

Police sources say the car, a Nissan sedan, belongs to Woodlyn’s girlfriend. She has not been charged at this point.

Powell was struck and killed on Nov. 18.