Surprise! You can now buy wine at select ShopRite locations 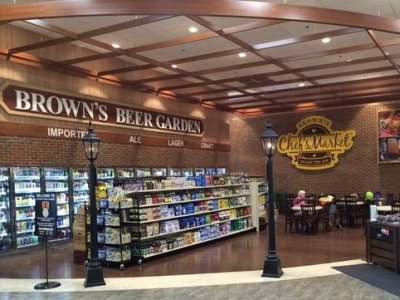 “We have 100 top selling wine items. When we reach full variety we hope to have 500-600 items,” says Jeff Brown, Founder and CEO of Brown’s Super Stores, Inc.

Brown’s Super Stores are comprised of 11 ShopRites and two Fresh Grocer supermarkets in the Philadelphia region.

For now, customers can shop at the Fairless Hills and Bensalem locations for their preferred wine.

Popular wines for purchase include Cabernet, Merlot, Chardonnay and Moscato to name a few.

“It was a surprise to the customers because we weren’t sure how fast we could turn it around,” said Brown referring to their locations being among the permit requests approved by the PA Liquor Control Board.

On Aug. 15, the PA Liquor Control Board began issuing the permits to sell wine-to-go. There are now 86 businesses across the state that are approved.

“We know there is broad interest from consumers in additional access and convenience and we are happy to bring wine to those consumers across Pennsylvania,” said Elizabeth Brassell, Director of Communications for the PA Liquor Control Board.

Brown says the next two stores in the franchise to sell wine this year will be the Fresh Grocer in Wyncote which already sells beer and the East Norriton ShopRite. 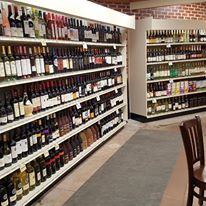 In 2017, beer and wine will be added to ShopRite locations in Philadelphia.

Brown is confident this will be great for ShopRite’s business overall.

“Most people I know like to pick out their wine when they decide what they are going to make for dinner.  They never have been able to do that before,” said Brown.

“I think it’s far more convenient to pick out wine in your grocery store than anywhere else.  I think it’s going to be popular and good for business,” he continued.

Locations that sell beer and wine also have a Brown’s Chef Market Café and beer garden where customers can sit and enjoy their meal and drink. These locations also have a daily weekday happy hour which includes live music on Wednesdays and Thursdays along with food samplings.

In case you were wondering if the requirements will be more relaxed when purchasing wine from the supermarket than from the liquor store, ShopRite is very strict about ID.

“We are the strictest place to buy adult beverages.  We have a separate register. It won’t check a person out unless they scan their ID or drivers license.”

By the end of 2017, Brown hopes to have nine of their 12 locations in Pennsylvania selling beer or wine.