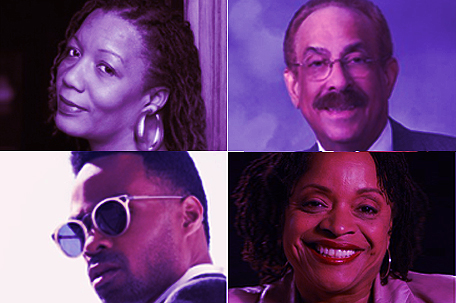 The Legacy Awards ceremony will now be held at the Temple Performing Arts Center, 1837 N. Broad St., on Friday May 20th from 7:00PM to 9:00PM.  Old School 100.3 personality Dyana Williams, will emcee the event.

“The power and essence of  black art is a universal message celebrated by so many, “ Art Sanctuary Executive Director Valerie Gay said. “The transformative power of black art is experienced all over the world and not just here in Philadelphia locally. What we have been reminded of over the last year is, what happens in one community affects all of us, drawing actions and reactions from place to place.”

The Black Arts Legacy Awards are part of the 31-day Celebration of Black Arts Festival, which is celebrating it’s 32nd year. Williams, recognized as The Godmother of Black Music Month, will once again serve as CBA32’s Honorary Festival Chair. Following “the Academy Awards for Black Arts,” CBA32’s Literary Conference & Outdoor Festival will take place on Saturday May 21st from 10:00 AM to 6:00 PM at the Church of the Advocate 1801 Diamond St.

There will also be weekly events in the gallery, such as “In the Sanctuary: Messages from the Elders”, sponsored by PECO. During this program, attendees will hear from notable authors who will read from their work, answer audience questions, and record an interview for Art Sanctuary podcast series. Among the featured authors is Elizabeth Nunez on Tuesday May 24th from 7:00PM – 9:00PM. Nunez is a Trinidadian American author, distinguished professor of English at Hunter College–CUNY, New York City, and co-founder of the National Black Writers Conference.

The inaugural Excellence in Journalism Award, in memory of the great Chuck Stone will be presented to Robert W. Bogle and The Philadelphia Tribune. For the past 130 years, The Tribune has chronicled the lives and events of black Philadelphians, and to this day often highlights people and institutions that other news media outlets have been slow to feature.

Dr. Deborah Willis will be celebrated as the recipient of the Excellence in Visual Literacy Award. Willis is an award-winning and renowned artist, scholar, and curator. Her work will be exhibited at the Art Sanctuary gallery throughout the month of May.

2016 Grammy Award Winning Artist, Philadelphia Native, and R&B Jazz Vocalist Bilal, will be celebrated as the recipient of the Gamble and Huff Excellence in Songwriting Award. Bilal established himself as a Soulquarian and excelled as a solo artist and frequent collaborator. He has collaborated or served as a featured artist by many greats such as Beyonce, Kendrick Lamar, Musiq Soulchild, Jay-Z, Common, Mos Def, Q-TIP, Robert Glasper, and more.

Bernice L. McFadden will be celebrated as the recipient of the Excellence in Literature Award. McFadden has garnered accolades from literary powerhouses like Toni Morrison and Terry McMillan. Her debut, the emotionally-gripping Sugar, earned a handful of awards and elicited comparisons to the work of Alice Walker and Zora Neale Hurston.