SUNrise: The song we sing 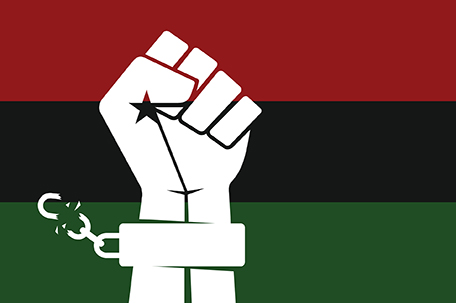 the power or right to act, speak, or think as one wants without hindrance or restraint.

absence of subjection to foreign domination or despotic government.

the state of not being imprisoned or enslaved.

Imagine you have traveled back in time to June 19, the day some slaves learned that they were granted their freedom two years earlier  What would you tell them about Juneteenth 2020? Will freedom be the topic of conversation?

The music of freedom has been a song unsung, lyrics unheard, along with a melody that skips like a broken record. Those with skin darker than a sweet plum, or a shade like coffee have struggled with carrying the tune of freedom in America.

June 19, 1865 is often marked as “the Black Fourth of July.” Finally, we get to sing! But the song is different from our White American counterparts. You see, even after 1865, Black Americans had access to freedom, but we still have a lot of conditional “buts” in everything we choose and can do. So, the question is “what’s free?” Fast forward to year 2020, and the current events leading up to Juneteenth this year makes the celebration a lot more special.

Protests against police brutality in the African American community led their voices to reach as far as removing statues that represent oppression against Black Americans and other oppressed people all over the world — banning the Confederate flag, defunding police officers and painting the roads with the words, “Black Lives Matter.’’ Hate crimes and reports of racism are getting exposed as well, and people are getting punished for their actions.

Juneteenth 2020 was made a federal holiday, and on this day, we gathered Black-owned businesses to support the movement of “Buying Black.’’ We danced and sang, people dressed in dashiki cloth to express pride in their African descent, and people from all races and different cultures joined forces for the cause. We celebrated the pride of the skin we’re in, all while letting our voices be heard.

Black Americans are still fighting for freedom, as history repeats itself. We do it in peace, and we keep our pride as we are finishing the works of the ancestors.

Black Americans created their own song, and the music of our freedom is a long, ongoing melody that has no end. But the lyrics are empowering and thought-provoking. From the beginning of Negro spirituals, we sang, and when the people march, we sing, forever letting freedom ring.

Take a moment to close your eyes, picture yourself back in 1865 on this special day, and tell your brothers and sisters that the beat goes on, and freedom lies within our voices.