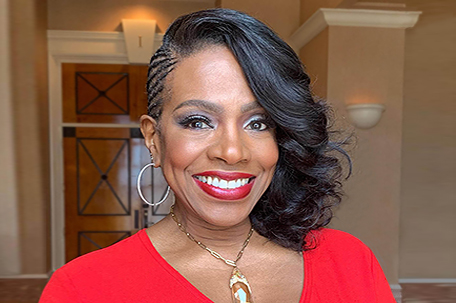 This week we’re shining a bright light on someone whom I often call “Queen Diva”. Midway through COVID-19 and mandatory quarantining, I had the pleasure of having a candid one-on-one with actress, humanitarian, and the original ‘dream girl’, Ms. Sheryl Lee Ralph.

Ralph fabulously maneuvered through quarantine and encouraged us all to do the same.  When she launched  a Facebook Live series called “Divas Simply Quarantining — Fabulous in Isolation,” Ralph hoped  to encourage and uplift others by having real life conversations.

“Well, I tell you something, it was really interesting,” Ralph said. “Every night I started reading from my book “Redefining DIVA” and people were loving it,”

“Divas Simply Quarantining -Fabulous in Isolation” is a live web talk-series featuring Ralph and many of her Hollywood friends and Philly favorites.  The show premiered May 31 and will continue leading up to Ralph’s annual DIVAS Simply Singing benefit concert –a tribute to those diagnosed and affected by HIV and AIDS.

“This year marks the 30th year of DIVAS Simply Singing, making it the longest consecutive running musical benefit of its kind in the country,” Ralph said. “I started calling up friends and saying look can you be a part of this [Divas Simply Quarantined] and those that said yes, you know, it was great to have them onboard.”

“We just invite people to come on and talk and share how they’re feeling and what are their thoughts, what’s going on in their lives, how are they managing to keep themselves sane,” Ralph said.

“You’d be surprised people are having a pretty difficult time. A lot of people sometimes, they are very honest. They talk about the fact that it is hard, and financial challenges,” she said.  “You know people are losing their businesses and things like that. Things aren’t going to be the same and people are concerned about what’s going to be the new normal.”

“We had the killing of George Floyd — that was just like a tipping point,” Ralph continued. “Everything just went into overload. People were like, ‘woah, we have to be there for each other.’ One thing led to the next, and were just having honest conversations with people and that’s it.”

In addition to managing two successful projects, DSQFI and director for BET HER, advocacy is at the heart of all of her efforts.

“Right now we are trying to get people to understand two things, well three, that we as a community of people really must get into one — our health, because COVID-19 actually pulled the covers off so that you can see right up in your face what health inequalities look like,” she said.

Ralph also stressed the importance of participating in the census and voting.

“When it comes to voting, if half, just half of the people who didn’t vote in the last presidential election come out and vote this time we are winning,” Ralph continued. “But we have to participate. “We have to value ourselves enough to participate. We have to know that we have to be a part of the numbers and vote like we know it.”

“Vote like our lives depend upon it, because it does,” she continued. “401 years being African in the continent, we have to make it worth while for us. Something’s got to change,” she said.

Though Ralph is fabulously quarantining, she warns that folks out there should still be masking up.

“I want everybody to know if you’re going outside you should be wearing a mask,” she said. “Please wear your mask. Spread the message not the disease. We must participate like never before.”

Sheryl Lee Ralph-Hughes , The DIVA Foundation and Autism advocates will light it up blue at the Divine Lorraine Hotel