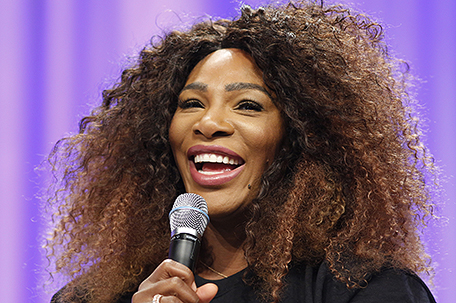 At this year’s Pennsylvania Conference For Women, activism, determination, empowerment and what happens when these three things come together were on display.

Because the session was a long one, Jennielee Hilario,14, and the group of young women who came with her to the conference from the Evoluer House mentoring program stepped out into the hallway for a moment to stretch their legs and talk a minute.

Before she was notified that she was chosen to come to the Conference for Women, Jennielee didn’t know much about it, but was looking forward to the opportunities that she was going to be have opened to her, she said.

“It’s a chance for us to meet and network with people,” she said. “[The conference] focuses on the positive things in our lives.” 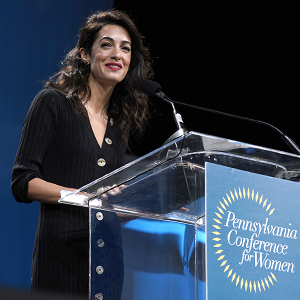 Because there were such high-power women as tennis great Serena Williams and international human rights attorney Amal Clooney speaking at the conference, Syra Hallett, 17, saw the conference as a chance to figure out how to make the most of her life.

“This is motivation for me,” she said.

This is the 15th year for the conference, which was created in 2004 by then-Gov. Ed Rendell with the mission of increasing and amplifying the influence of women in all aspects of the Commonwealth. The non-partisan conference tackles a variety of issues ranging from healthcare and personal finance to executive leadership and work/life balance. This year’s conference also featured a series of workshops geared toward young women that included how to handle being bullied, asserting yourself, and overcoming bias.

More than 10,000 women (and some men) came to the conference, and while the gathering was non-partisan, the importance of women and how that importance can manifest itself in the ballot box was among the most prevalent topics.

“According to the pundits, this is the Year Of The Woman, and rightfully so,” said Leslie Stiles, chair of the Pennsylvania Conference for Women’s board. “Vote like your life depends on it because you know what? It does.” 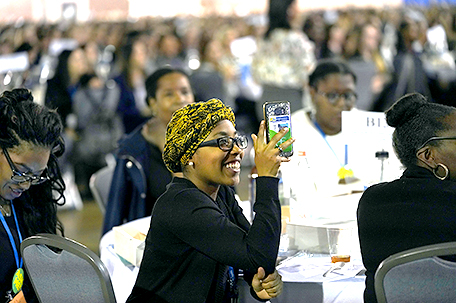 One of those life-threatening issues, dying in childbirth, came up during Serena Williams’s talk. Statistics show that Black women are three to four times more likely to die during childbirth.

Williams, who experienced blood clots and other complications when she had her daughter Alexis, was appalled with some of the things she discovered once she looked into her condition.

“I did some research and was alarmed that our Black mothers are not being taken care of, and it’s in a country that is supposed to be technologically advanced,” Williams said. “I was really fortunate because I had an opportunity for my voice to be heard. I had a wonderful female doctor who listened to me. … I didn’t realize there were so many women were losing their lives and not being listened to… It’s really unacceptable.”

Next year’s Pennsylvania Conference for Women is scheduled for Oct. 2, 2019.