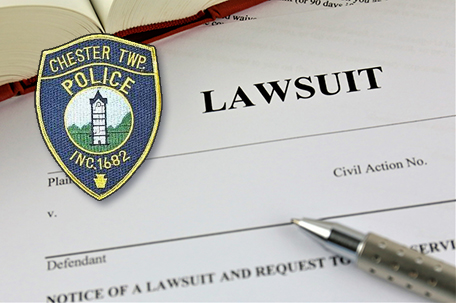 Philadelphia-– The law firm of Mincey Fitzpatrick Ross will file a lawsuit in the United States District Court for the Eastern District of Pennsylvania on Wednesday morning against Chester Township, the Chester Township Police Department and Individual Police Officers seeking a declaration that they violated the constitutional rights of the plaintiffs, compensatory and punitive damages.The plaintiffs — Brandon Alvin, Edward Baldwin, Keith Briggs, Rachel Briggs, Ramir Briggs, Kimyuatta Lewis and D.B., a minor — were all unlawfully arrested and assaulted. Each was charged with loitering, without the police inquiring about the lawful purpose of the individuals to be at that location. Each instance involves the improper use of loitering charges to justify an arrest.

The plaintiffs were arrested without committing any crime.

The suit alleges the arrests were in violation of the First, Fourth, and Fourteenth amendments to the United States Constitution. In addition, the loitering statute itself is unconstitutionally overbroad and reaches a substantial amount of constitutionally protected conduct.

The suit further alleges the loitering statute is being used to generate municipal revenue. The conduct of the Chester Township Police Department has disproportionately affected Black individuals, who are stopped by police at a higher rate than others.

“The conduct by the police officers in this matter is reprehensible and a clear violation of our clients’ rights,” said Thomas Fitzpatrick, partner, Mincey Fitzpatrick Ross, LLC. “Chester Township is putting municipal revenue over resident safety. This cannot stand and we will seek justice by holding the defendants accountable in a court of law.

“The fact that the same officer could be allowed to conduct three of these arrests, often with supervisors physically present and participating, in such a short period is evidence that a pattern and practice of unconstitutional conduct has been in place in the CTPD for a long time,” Kevin Mincey, partner, Mincey Fitzpatrick Ross, LLC, added. “With the unlawful assaults and arrests in this matter, we believe this is a clear case of wrongdoing.”

Mincey & Fitzpatrick: lawyers on a mission for the community