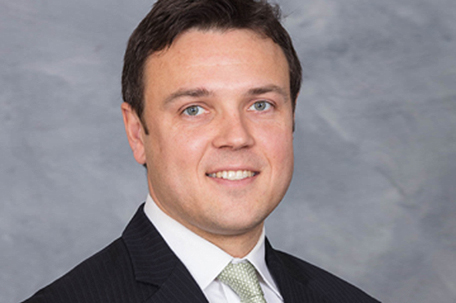 Delaware County Council voted unanimously to end the private management of the County’s George W. Hill Correctional Facility in Lima during its October 6 public meeting. Delaware County is the home of the only privately managed jail in Pennsylvania.

The decision came after months of detailed study, outside expert review, public input, and a recommendation by the Delaware County Jail Oversight Board (JOB), which voted 6 to 2 to end the private management of the correctional facility during its September 28 meeting.

“It is for the health, safety, and vibrancy of our entire community that we must ensure that those dealing with addiction and mental health disorders get the treatment that they need, and that we bring all stakeholders together to reduce recidivism in our jail system. Those goals are in direct conflict with the motives of a for-profit prison operator, whose business model is predicated on keeping jail cells full,” said Delaware County Councilman Kevin Madden, who serves as Chairman of the Jail Oversight Board and led the review process for the County.

As part of its review, the County hired the nationally recognized CGL Companies to conduct a thorough analysis of the budgetary impact and construct a transition plan to ensure the public’s safety, improve detainee outcomes, and protect taxpayer resources. CGL estimated that the County could save as much as $5.5 million per year and improve outcomes for detainees by ending private, for-profit management of the jail and resuming direct County management of the facility. The CGL conclusions were borne out by the County soliciting preliminary bids for medical services, food services, commissary and maintenance and is now prepared to move quickly to negotiate contracts with providers as a first step towards deprivatization.

CGL and the JOB found that despite paying higher overall costs than its neighboring counties, the County jail has significant operational difficulties, including extended lockdowns and incidents of violence. The jail under the GEO Group’s management is confronting major staffing shortages, with current staffing levels less than 80% of contract requirements. Part of the transition plan to County control includes paying jail workers more and ensuring a better working environment in order to attract staff and lessen costly employee turnover.

Madden noted that detainees in the County’s jail are either sentenced to serve two years or less for relatively minor crimes and will quickly return to our community or are held pre-trial and often released within weeks. The County therefore has an interest in helping them use their incarceration to re-set their lives and emerge with the tools they need to become productive, law-abiding neighbors. And while reducing costs is not the primary goal of resuming County control of the jail – improving outcomes for detainees when they are released and reducing recidivism are – the analysis conducted by CGL found it would be possible to invest in better outcomes for current detainees and reduce overall costs. That includes drug and mental health treatment and life skill training, and reducing overall costs by, in part, removing the profit being paid to GEO.

As part of its resumption of the jail’s operations, the County will integrate it with its other justice agencies so that investments can be made across agencies in technology, staff, treatment, mental health, and re-entry programs, rather than paying for corporate profits.

The GEO Group, the current operator of the jail, will be given the required 180-day notice the County is ending its contract. GCL and Alta Management, which has served as the Owner’s Representative during this process, will assist the County and George W. Hill leadership as they transition management of the facility back to the County. They will identify and develop management systems, capital improvements, transportation, personnel, re-entry, medical services, certification, and financial controls. The jail is expected to return to full County control by the spring of 2022.