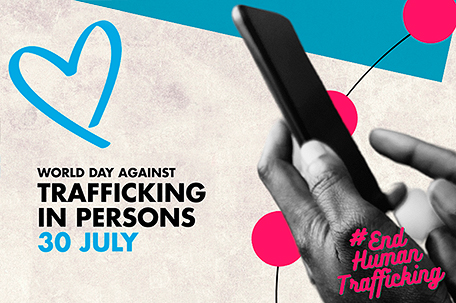 The Chester County Sheriff’s Office (CCSO) announces a collaboration with the Chester County Library System, to post details of the National Human Trafficking Hotline number in bathroom stalls of libraries across the County. The information has been posted from the beginning of July – the month that includes World Day Against Trafficking in Persons, July 30.

She had experienced homelessness as her trafficker held her through psychological and trauma bonding. She frequented public restrooms — at fast-food restaurants, parks and even a hospital lobby — to bathe in the sink.

At the end of the program Laura Presby, a reference librarian at Hankin Library, asked Jones a question. “If you were in a library during the period of time you were trafficked and you saw a sign with the human trafficking hotline in the bathroom, would you have called it?”

“If I had a cell phone, then I think I would have,” Jones replied.

The conversation led to the joint efforts of the Chester County Sheriff’s Office and local libraries to post the National Human Trafficking Hotline in library bathroom stalls.

“The best protection is prevention. But as a community, the more informed we are about indicators for human trafficking and where to report tips, the better we can help individuals who need a way out,” said Chester County Sheriff Fredda Maddox.

“The library is more than books and computers – it’s a place for vital information on many subjects presented in many formats. Offering resources about human trafficking to inform the public and help prevent it from happening is important,” said Joe Sherwood, executive director of the Chester County Library System.

Although PA Act 197 (2012) — the hotline posting law — requires that the National Human Trafficking Hotline be posted in transportation stations, rest areas, truck stops, and certain bars and hotels, publicizing the information is voluntary for other establishments.

The hotline is run by Polaris and connects with law enforcement agencies in all areas of the United States. Call the hotline to report tips for suspected cases, ask questions and request resources: 1-888-3737-888 or text 233733 (BeFree). Calls can be anonymous or confidential.