Study on PGW complete — Councilwoman Tasco on next steps 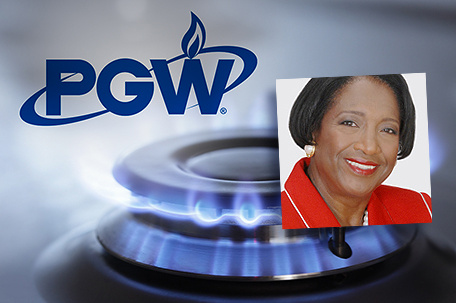 ABOVE PHOTO: Marian B. Tasco (insert)

By Councilwoman Marian B. Tasco

Last week, City Council came to a fork in the road regarding the Mayor’s proposed sale of Philadelphia Gas Works to UIL Holders. We promised our constituents we would do our due diligence on this matter, and we did. Our independent consultants, Concentric Energy Advisors, made a careful review of the business terms of the proposed agreement of sale, and worked hard to answer the questions asked by Council Members along the way. It was not their job to tell us whether to approve the proposed sale. That decision was ours.

As many of my colleagues and I have noted throughout the Administration’s sale process, a thorough investigation of ALL of the options available to the City was a critically important piece needed to for us to make any decisions about a possible sale of PGW, but it was missing. Therefore, we asked Concentric to also look at opportunities for the City to make a higher and better use of PGW beyond an outright sale. In other words, to see how PGW might improve its financial condition and at the same time contribute to economic development in the City.

Concentric identified six opportunity areas that together could generate more than $30 million per year to benefit PGW customers either through cost savings or new revenues. As this Council is very good at doing, we put two and two together. We were not distracted by the misinformation and scare tactics thrown our way. We understand what a valuable asset PGW is and found that divesting ourselves of it permanently to throw off a little bit of short-term cash would not be a wise decision in the long run.

As proponents of real estate tax abatements, business tax reforms, and other measures that have spurred revitalization of our commercial corridors, both in Center City and in the neighborhoods, Council recognizes PGW’s potential to contribute to the City’s economic development goals. There are those who have criticized the way in which we conducted our analysis of the Administration’s proposal, and the conclusions we drew. I’d like to remind those critics of a few facts.

Second, Council’s job was to evaluate the sale agreement entered into by the Administration and UIL. The only legally binding promises to the City and the citizens of Philadelphia were in this document, and not in the ads running on TV and radio, or placed in newspapers and bus shelters. All other claims by the Administration or UIL were outside that agreement, and therefore couldn’t be relied upon in our analysis.

Third, PGW’s safety record is actually better than other gas companies in Pennsylvania who have much less of the older, cast iron main to manage than PGW does. We should never minimize the tragic incidents which have taken place over the years around the state. But data compiled by the federal government shows that, over the past ten years, PGW has had half the number of incidents experienced by other utilities, including PECO and Columbia Gas. Clearly, PGW has been doing a good job in managing the risks associated with an older, urban system.

Finally, PGW has come a long way in the past decade. Standard & Poor’s just recently recognized the significant financial and operational progress PGW has made by upgrading its bond rating to an A-minus. I commend PGW’s management and the entire workforce for this great accomplishment. It is all the more notable, since the Administration’s sale process has prevented PGW from pursuing various business initiatives to cut costs and grow revenues.

Now it is time for PGW to achieve its potential to go to the next level. I call on PGW, the Administration, the business community, organized labor and other stakeholders to join with City Council now to move forward in implementing the steps that can make PGW even more of an asset to our citizens. I also invite all members of the public to carefully look at all of the information which has been posted on City Council’s and the City’s websites, including the full Concentric reports, and to participate in the public discussions that will take place during Council’s upcoming hearings.

Marian B. Tasco is Ninth District Councilwoman and Chairwoman of the Philadelphia Gas Commission.