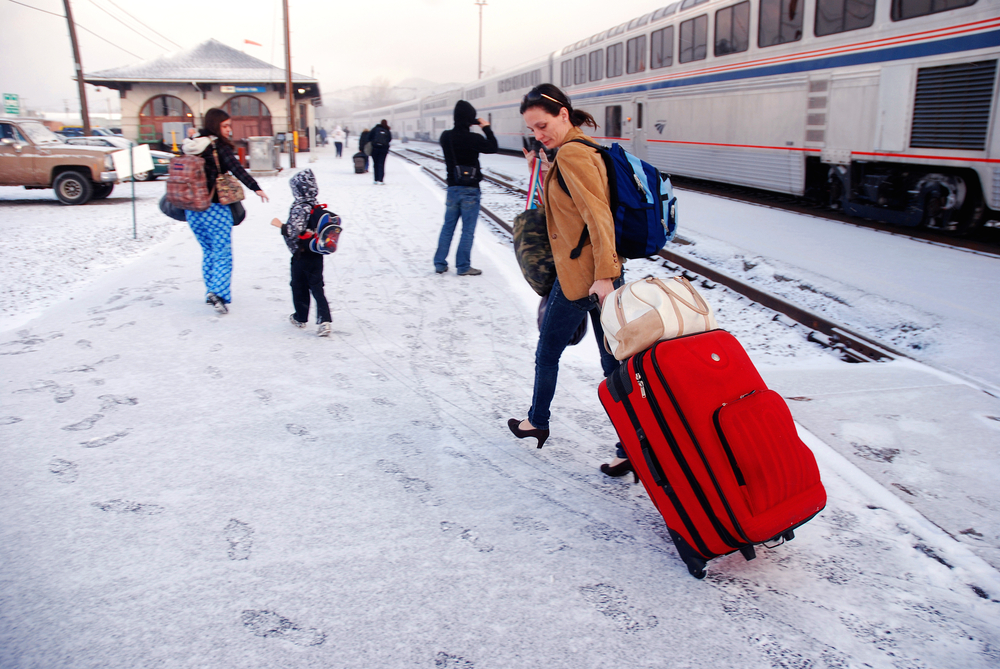 More than 700,000 electric customers across the Northeast are without power as a late-winter nor’easter pummels the region with high winds and driving rain.

The poweroutage.us website, which tracks utilities across the nation, reported early Friday afternoon that New York was the hardest hit state with more than 208,000 homes and businesses without electricity.

The New England area was not hit as hard, with Massachusetts experiencing nearly 27,000 outages.

The fierce nor’easter battering the Northeast is also  causing havoc with rail travel.

Amtrak announced Friday that all services along the Northeast Corridor “are temporarily suspended due to multiple weather related issues.” Amtrak also announced that one track on the Washington-Maryland corridor was out service for repairs due to weather damage. That forced trains to reduce speeds for safety.

Service between New York City and Boston was suspended earlier due to flooding and multiple downed trees.

NJT says the tree toppled in the area of Morris Plains on Friday, causing the suspension of service on the Morris and Essex Line in both directions between Dover and Convent Station.

It wasn’t immediately known if the service would resume in time for the evening commute.