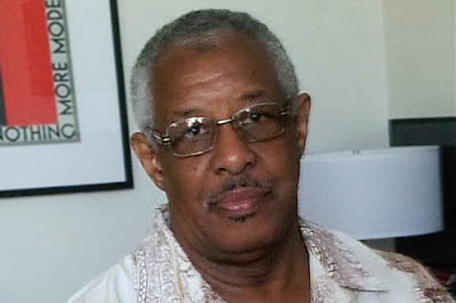 Funeral services for Steve Van Stevenson will be held on Saturday, January 10, 2015 at the Salvation Army KROC Center, 4200 Wissahickon Ave., Philadelphia. Interment will follow and will be private.  Mr. Stevenson died on Thursday, January 1, 2015.

Steve Van Stevenson, the youngest son of Grace Diggs Stevenson and the late Sylvester Stevenson was born on February 18, 1947 in Philadelphia, Pennsylvania. Mr. Stevenson and his brother, Ralph, were baptized by Rev. Leon H. Sullivan and nurtured at Zion Baptist Church.  In 2014, he joined the Salvation Army KROC Center Worship Center under the spiritual leadership and guidance of Pastors Dennis and Sharon Young.

Mr. Stevenson was educated in the Philadelphia school system: Cleveland elementary; Gillespie Jr. High and Simon Gratz High School (class of 1965). Following high school, he moved to Ohio to work for the car industry. Shortly thereafter, Mr. Stevenson enlisted in the United States Army where he served as a cook and driver of 2.5 and 5-ton trucks. One of his greatest joys was being able to join his Mom in Rome while enjoying his ‘rest and relaxation’ from the Army.

While in high school, Mr. Stevenson joined an elite group of young men, the Sophisticated Gents. These young men served many purposes in each other’s lives and in the community. They were able to encourage one another, support each other and keep each other on a productive and meaningful path. Under the leadership of Ronald Burton, the group remained intact, allowing him to realign with them upon his return to Philadelphia.

In 1967, Mr. Stevenson completed a management training course at OIC (Opportunities Industrial Center) under the direction of the late Rev. Leon Sullivan. The program prepared him for employment with Executron Products Company (New Jersey) in 1968 and his eventual move to Atlanta in 1971. While in Atlanta, Mr. Stevenson worked for BF Goodrich, Extra Personal Care and Good Year until 1996.

Being the devoted son that he was, Mr. Stevenson made the decision to return to Philadelphia in 1996. He felt the need and desire to be closer to his mother in hopes of being a source of support.  As fate would have it, he was not only able to be available for his mom but he found the love of his life in an old friend, Juanita Zeigler. Their newfound love was an actual rekindling of a friendship that began in elementary school and continued through junior high and high school. Mr. Stevenson and Juanita began dating during the week of Thanksgiving 1996. Family and friends witnessed the loving couple being joined in marriage on September 4, 2004.   Together they tackled the issues of the community through their involvement with Tioga United, INC., an organization founded for the betterment of the Tioga-Nicetown Community.

Mr. Stevenson’s final career move included employment with WHAT and finally WURD (2003-2013) radio stations, both in Philadelphia, Pennsylvania. As a result of Cody Anderson’s coaching and persuasive ways, Mr. Stevenson joined the WURD family as an Account Executive and remained there until he became ill. Being the ‘people person’ that he was, Mr. Stevenson enjoyed networking, cultivating valuable connections and having the day-to-day contact with his clients. His sincere, friendly nature was not restricted to his work environment. Mr. Stevenson was friendly with everyone. Strangers were just friends that he had not yet met. He was sure to give ‘props’ where ever they were due. On any given day, Mr. Stevenson could be heard acknowledging firemen and/or police by telling them, “Great job”!

Mr. Stevenson was an easygoing, loveable guy with a great sense of humor. We could always count on him to come up with the funniest, most witty comments. He didn’t sweat the small stuff but he was very insightful when it came to others and their feelings.  His warm, emotional spirit was always apparent.  He took great care with his appearance, always being impeccably dressed with every crease and pleat in place.

The Thanksgiving season became a pivotal period in Mr. Stevenson’s life. During Thanksgiving of 1996, he and Juanita reunited. Mr. Stevenson was given his first diagnosis of palate cancer during thanksgiving of 2013. He underwent surgery in January 2014, followed by radiation and was given a thumbs-up ‘cancer-free’ status. Just weeks before thanksgiving 2014, cancer was detected once again.  On January 1, 2015, Mr. Stevenson made his final journey, transitioning to his well-deserved eternal rest.