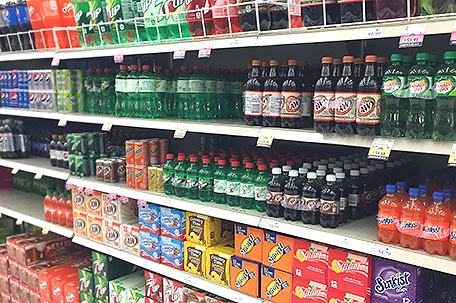 “I am grateful to the Justices of the Pennsylvania Supreme Court for their fair and careful review of this case.  We maintained from the day we proposed the tax that it stood on solid legal footing and the Justices, like two courts before them, agreed. Beyond the legal resolution, today’s decisive ruling offers renewed hope for tens of thousands of Philadelphia children and families who struggle for better lives in the face of rampant poverty.

“Those families – and Philadelphia as a whole – now have a clear path toward substantive, tangible improvements in their lives.  It is a path that will bring the educational gains of free, quality pre-K seats, the benefits to neighborhoods brought by community schools, and the quality of life improvements and economic benefits brought by rebuilding parks, recreation centers, playgrounds and libraries.  These programs, funded by the beverage tax, will fuel the aspirations and dreams of those who have waited too long for investments in their communities.  The City of Philadelphia will now proceed expeditiously with our original plans – delayed in whole or part by nearly two years of litigation — to fully ramp up these programs now that the legal challenge has been resolved.”

“Once and for all, it is now beyond question that the Philadelphia Beverage Tax is not duplicative of the state retail sales tax.  I am thankful to the Pennsylvania Supreme Court for its careful consideration of this matter.  We are now at the point where we can move forward with the programs that this tax funds with full assurance that the Commonwealth’s highest Court has agreed with the City’s position.”

“This Pennsylvania Supreme Court ruling is an affirmation of municipal authority and the responsibility local legislators have to do all they can to support their citizenry within the bounds of constitutional law. Setting aside the worthy programs the Philadelphia Beverage Tax is meant to fund, this tax on beverage distributors – passed overwhelmingly by the City Council – was always a valid exercise of our authority under the Sterling Act and not duplicative of the state sales tax.

“I am grateful and relieved that this litigation is coming to an end. I have always been sympathetic to the Philadelphians most affected by this tax – from small corner store owners to low-income consumers – and I will continue to insist that the economic benefits of the Philadelphia Beverage Tax be invested first and foremost in our most vulnerable communities. Healthy, educated kids and inviting public spaces will ultimately benefit us all.”