Statement from Council President Darrell L. Clarke on gun violence in Philadelphia over the holiday weekend 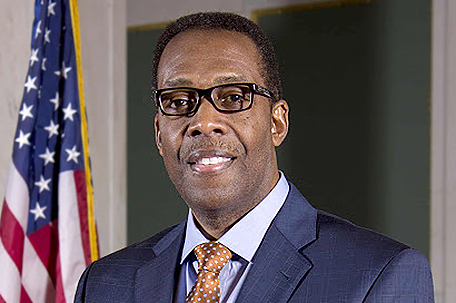 City Council President Darrell L. Clarke (D- 5th Dist.) has issued the following statement in response to a violent holiday weekend in Philadelphia, in which over 30 people were shot between Friday evening and Monday morning:

“This weekend’s terrible toll of multiple shootings and deaths from gun violence is shocking, disturbing and requires a comprehensive response from the City. With 210 homicides this year so far – 27 percent more than last year – the City is on pace for its highest homicide total since 2007.

We are approaching 900 shooting victims already this year. Over the weekend, seven people were fatally shot, including a 6-year-old boy in the Northeast.

There were fatal shootings of men and women in Point Breeze, Kensington, Port Richmond, Strawberry Mansion, and other neighborhoods. Two other minors were among the Philadelphians wounded in 17 other shootings this weekend: an 11-year-old girl in Southwest Philadelphia and a 15-year-old in Overbrook.

The deadly COVID-19 pandemic, the unrest triggered by George Floyd’s murder, escalating poverty, broiling summer heat and a flood of illegal guns have created a toxic mix of despair in our City, and we must address it.

City Council has authorized work to prepare a lawsuit against the Commonwealth of Pennsylvania for its utter lack of action in enacting stronger gun laws to protect Philadelphians from gun violence.

The administration is planning a rollout beginning this month of its group violence intervention strategy. We need all this and more.

We need to reduce poverty and the disparities revealed by the pandemic, and we also need people to put the guns down. There is no amount of despair or lack of hope that can ever justify shooting another human being or the taking of his or her life. We must come together as a City and end this cycle of endless gun violence which diminishes us all.”