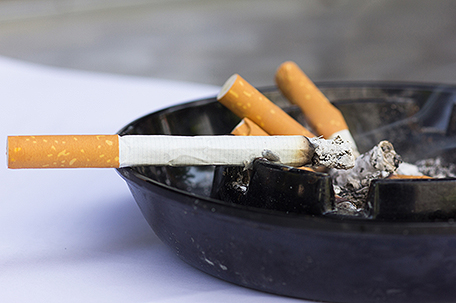 After months of anticipation, the bill to grant Philadelphia enabling authority to enact a $2-per-pack cigarette tax to generate much-needed additional revenue for the city’s school district was signed into law.

“I want to express my sincere gratitude to my colleagues for working in a bipartisan, bicameral manner to ensure the passing of this vital legislation,” said state Rep. Cherelle Parker, D-Phila., chairwoman of the House Philadelphia Delegation. “Additionally, I applaud the unwavering efforts of members of the House and Senate delegations, Mayor Michael Nutter, Council President Darrell Clarke, Superintendent William Hite, local advocates, parents, teachers and, most importantly, our students; we were able to accomplish this arduous task because we remained unified in our mission to secure this additional recurring revenue to support our local educational institutions.”

The School District of Philadelphia has lost $608 million, or $3,007 per student in education program funding since the governor took office in 2011. School funding for Philadelphia on a whole has been cut by $1.13 billion, or $5,619 per student. According to district officials, the additional revenue collected from the cigarette tax will generate $49 million helping to prevent further cuts to vital staff, services and resources.

“While this legislation was never intended to be the silver bullet to the district’s budget deficit, it is an immediate solution to help fill a void resulting from the current administration’s cuts to public education funding,” Parker said. “The lack of additional state funding has once again forced our students into a school year where only their basic needs are met. Our children deserve more. To ensure that all students – in rural, suburban and urban Pennsylvania – have access to the resources that will yield a high-quality education, the Commonwealth must enact a fair and equitable, needs-based funding formula.”

“The city, School District of Philadelphia, and children of this city are grateful for the determined support and strong leadership of Representative Cherelle Parker and the entire Philadelphia Legislative Delegation,” said Mayor Michael A. Nutter. “It has been a long and difficult fight, but thanks to their commitment to young people, public education in Philadelphia will have a new, vitally important funding stream with the cigarette tax.”