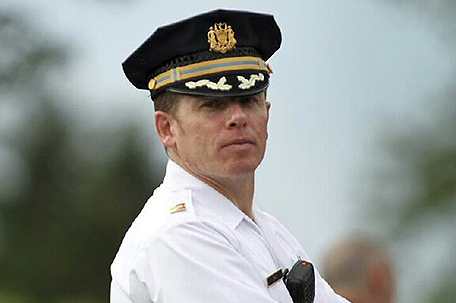 Cram brings community, investigative, and more than 20 years of policing experience to the position

“Acting Chief Michael Cram, welcome to the Philadelphia District Attorney’s Office, your years of leadership and community engagement, not to mention your military service, will be an enormous asset to the work we do each and every day here in the office,” said Williams. “I would also like to thank Philadelphia Police Commissioner Ross for allowing us to benefit from Inspector Cram’s leadership, and I applaud former Chief Detective Dr. Claude Thomas for his service. Dr. Thomas, it was a pleasure to work with you and I wish you all my best as you begin the next chapter in your professional career.”

He has been recognized by the Pennsylvania House of Representatives for his commitment of community orientated policing in  2015 and by the Philadelphia City Council for community service 2011. He currently lives in the Bustleton section of the city with his family.