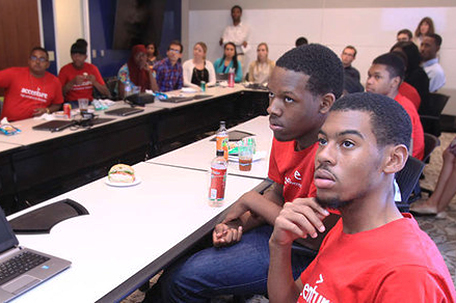 The second set of hearings will take place at the Education Center located at 440 N. Broad Street in the Auditorium (second floor) on January 5 and January 9, 2017. During the second set of hearings, for each new charter applicant the CSO will first present an evaluation of the written application, then applicants will be questioned about their applications, and lastly, the applicant may make a final statement. The January hearings will be open to the public. Hearings will last approximately two hours each. The schedule for the January hearings is as follows:

A schedule for the hearings has been posted on the School District website, along with copies of the four applications.

The SRC also continues to accept written comments in support of or in opposition to the new charter applications via email at [email protected]. Comments will be accepted through January 9, 2017.

The SRC plans to vote on each application in February 2017.