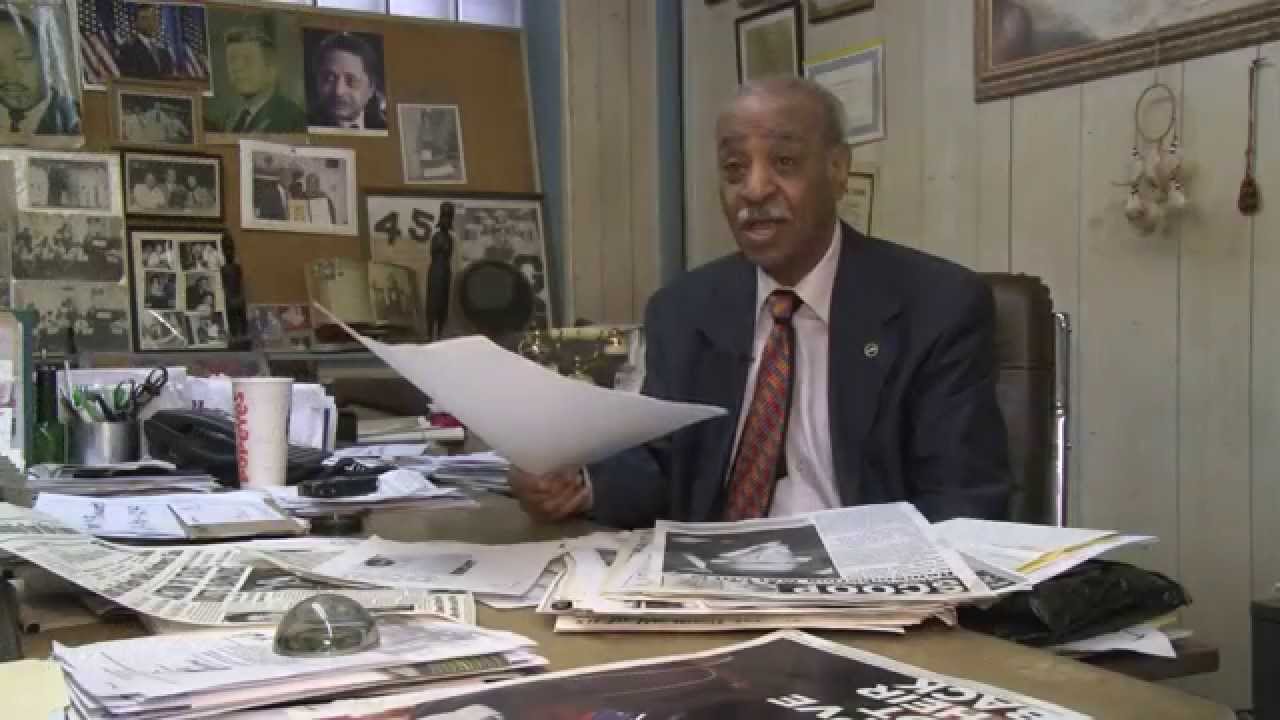 Richard “Sonny” Driver, founder of the Scoop USA newspaper in Philadelphia, passed away on Thursday, Dec. 28, 2017 after a brief illness at the age of 91.

Sonny Driver started the paper in 1960 with the popular slogan “Stay in the loop with Scoop USA.”

Driver through SCOOP USA documented critical and important events in Philadelphia from entertainment, community issues and the Columbia Avenue Riots.

Below is obituary for Sonny:

Back in the 1950s when Sonny Driver worked as a booking agent, one of only two Blacks licensed to do such work in Pennsylvania, he saw a need to showcase in print the vast number of minority entertainers performing in the Delaware Valley area. In 1960, Scoop USA, the community people’s newspaper, was born to provide that exposure.

“Philadelphia was the entertainment capital of the East Coast,” said Driver, a native of the Germantown section of the city. “It wasn’t like New York City where you had to hop on a subway train to go here and there. In Philadelphia, all you had to do was walk around the corner. There were clubs everywhere and all of them had live entertainment. Arthur Prysock would be appearing here, and if you didn’t want to see him, you could go around the corner and see Lena Horne or Count Bassie, or go to the Uptown and see a stage show. There was nothing like it.”

For 30 years, Driver made Scoop the newspaper club and bar owners used to advertise events at their establishments. From celebrity appearances to birthday celebrations and local news in Chester, Camden, Philadelphia and Atlantic City, readers found it all in Scoop USA.

During that time, Mr. Driver produced and promoted many live shows, including an annual Easter Sunday production for 30 years at Club Harlem in Atlantic City called, “Down The Ridge and Over The Bridge,” he billed as “An Easter panorama of fashions and star-studded musical review.”

One of the most popular of those Easter shows was a stage production featuring Flip Wilson and Dakota Staton called, “A Young Man on Broadway.” Other stars who appeared over the years included Gloria Lynn, Nina Simone, Jackie Wilson, Billy Paul, Sister Sledge, Sam Cooke and his friend and legally adopted son, Bunny Sigler, who Driver managed until the death of the Philadelphia International Records singer several months ago. Mr. Driver was even awarded a key to Atlantic City for his sold out production featuring Ray Charles, in a show which produced the top cash revenue that year among Atlantic City businesses.

When he worked with the late Cecil B. Moore to open Girard College to African-American students, and force major retail outlets in Center City to not just allow Blacks to shop in their stores but be allowed to work in them and be welcome at their eating establishments too, he kept readers abreast of the happenings in the North Philadelphia-based Scoop. Driver also worked with a group called the Freedom Fighters to honor Moore’s work by changing Columbia Avenue to Cecil B. Moore Avenue.

When disco and hip hop changed music and the entertainment scene in ‘80s, Scoop became the place to find African-American centered national and Delaware Valley community news. He also offered graphic arts and printing services to the general community and a variety of organizations such as O.I.C., the N.A.A.C.P.; The Black United Fund; Operation Push; the African-American Studies departments at Penn State, the University of Pennsylvania, Cheyney University; Temple University; The Medical Society of Pennsylvania; The Center for Responsible Funding; The Martin Luther King Association for Non-Violence; The Philadelphia Congress of the National Political Congress of Black Women, The Berean Institute, RAGE Music Magazine, The Forum Magazine and many others.

In addition, Mr. Driver provided technical and graphic assistance to other minority-owned publications in the Delaware Valley. He never had qualms about helping other publishers, even those in competition for the local advertising dollars, insisting he believed in “reaching out to help others.”

As a result of these efforts, R. Sonny Driver’s office was filled with numerous awards he received for services rendered to community organizations, businesses and government officials. He served on the first North Central Empowerment Board, as a board member of the Black United Fund (BUF), was president of the Girard/Broad Business Association and a board member of the Girard Avenue Coalition.

More than anything, Mr. Driver loved telling stories about those good old days in the ‘50s and ‘60s and how he and his friends helped promote change. To that end, Mr. Driver was dissatisfied that Philadelphia was one of a few major, urban, American cities without a street named after the Rev. Dr. Martin Luther King Jr. Driver mounted a successful crusade to rename the former West River Drive to Martin Luther King Drive, a dream which made him most proud when it came to fruition in 2005.

Mr. Driver was the oldest of two children born in Philadelphia to Richard Sr. and Helen L. (nee-Berchett) Driver. A native of the Germantown section of the city, his father owned and operated a barbershop on Germantown Avenue. After graduating from Germantown High School, Driver served in World War II before receiving an Honorable Discharge at the rank of Administrative N.C.O. and Communications Specialist.

A handsome, fast-moving, wiry man, who never married but loved beautiful women, fighting for the average guy and most of all, his Scoop USA newspaper, Sonny Driver told the funniest stories about himself and famous Philadelphians he encountered throughout the years. He was a fierce businessman and was still handling Scoop matters in his final days.

He will be sadly missed by the many he mentored and by his family members and friends.

Sonny Driver, founder of SCOOP USA newspaper, passes away at 91; services to be held on Jan 5

Farewell to an Icon