Sold out holiday musical by John Graves Productions returns for encore in the New Year, Jan. 14 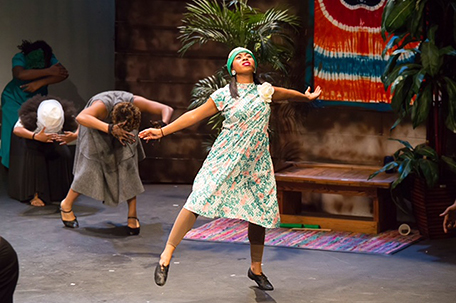 Over 10,000 families have witnessed the power of art through the original works of Philadelphia native John W. Graves III

“Black Kid Joy,” a holiday musical that sold out it’s opening weekend at the Arts Bank, will be back for an encore next weekend. 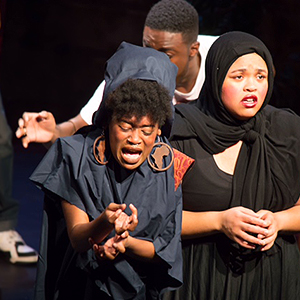 The two-hour musical is based on an experience that the playwright, John W.  Graves III had: the murder of a successful, accomplished young Black man who died in front of his house. Through the musical, Graves shares the insights of a Black boy’s journey through time, where he learns about who he is and what he’s worth. Despite an untimely tragedy that leads to this soul-searching, the boy’s reflections served as the perfect theme for the holiday season. The musical is candid and enthused with music and movement. It is a colorful and joyous demonstration of music, song, dance, life, and the African American community. John Graves Productions saw fit to create a musical demonstration that celebrates the beauty of the African American community, but also continues to give the struggle a voice, one which is now being exemplified through the recent works of the Black Lives Matter Movement. 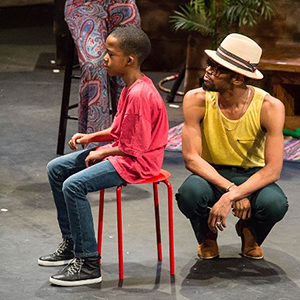 Over 40 Philadelphia-based artists, dancers, singers and actors perform in the show. John Graves Productions is a local non-profit entertainment and arts company. The company is dedicated to providing quality service through initiatives in performance, visual arts, fashion, art education, and community outreach. Its continued goal is to share joy, impact the community through live arts, and share life-changing messages.

The three lead actors for “Black Kid Joy’,”are all under 21years old, the main character being only 10 years old. Pennsylvania State Rep. JoAnna McClinton who made her theatrical debut in the musical —  will return for the encore show. Danielle P. Jeter, a social entrepreneur and owner of AOI Events and PR and Women In Media, will also return to the stage as a featured dancer. Jeter was named one of Philadelphia’s Most Influential African Americans Under 40 by the Philadelphia Tribune.

On behalf of the Office of Councilwoman Blondell Reynolds Brown, Council President Darrell Clarke, and City Hall, John W. Graves III was presented with his first City Citation during the opening weekend of “Black Kid Joy”  to commemorate the 10th Anniversary of John Graves Productions, the 10th Stage Production, and his 30th birthday.