SOLAR FLARES: Does the Philly United Way have a Ferguson problem? 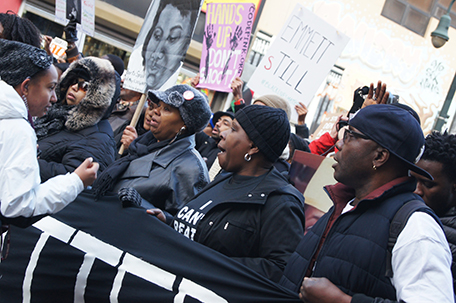 [The views and opinions expressed in these letters are those of the authors and do not necessarily reflect the positions or views of the Philadelphia Sunday SUN.]

Lately, I have been concerned with the direction of our regional United Way’s leadership. The United Way of Greater Philadelphia & Southern New Jersey (UWGPSNJ) does not have a single person of color on its executive leadership team. Not one. People of color represent just nine percent of UWGPSNJ’s massive regional board of directors. With a mission to end generational poverty, you’d think the United Way would do better and I know it can.

If UWGPSNJ’s mission is to eradicate generational poverty, and its biggest beneficiary are a largely Black and Latino population, why is it that there are no people of color represented in United Way’s leadership? This is what some nonprofit experts call the “Ferguson Effect” on nonprofits. I just never expected one of Philadelphia’s biggest philanthropic leaders to suffer from it.

Three years ago, Derwin Dubose wrote a piece for the Nonprofit Quarterly regarding the nonprofit sector’s general lack of representation and how “the glaring disparity in nonprofit leadership bears a striking similarity to Ferguson.” In Ferguson, two thirds of the city’s population were Black, while “whites served as mayor, five of six city councilors, six of seven school board members, and 50 of 52 police officers.”

At the United Way, the constituency it serves is predominantly Black and Latino. Yet, UWGPSNJ lacks diversity on it executive leadership team, and just six of its seventy regional board members are people of color. I’m surprised as the UWGPSNJ states in its own core values that it has a “culture of inclusion” and “seeks talented staff from all backgrounds.”  Yet recently, we watched UWGPSJ part ways with its only person of color in an executive leadership position, leaving the executive team 100 percent white. Despite its rhetoric about inclusion, UWGPSNJ is currently moving backwards.

This is alarming because so many of the people the UWGPSNJ serve are Black and Latino. People of color have been effectively relegated to being recipients of charity instead of being empowered to improve their own circumstances. The corporate and private donor class should not find this acceptable.

But all hope isn’t lost. There are two very important ways to get our local Philly United Way to turn it around. First, funders have to lead the way. Donors must demand nonprofit diversity even of the United Way. Secondly, UWGPSNJ must aggressively go beyond the rhetoric of inclusion and aggressively recruit people of color as candidates for their executive staff and membership to their board. UWGPSNJ is currently looking for a new CEO. Maybe they can start there.

Otis L. Bullock, Jr. is an attorney and Executive Director of Diversified Community Services. He is a member of the Philadelphia Community of Leaders, and worked for City Council and Mayor Nutter. Otis lives in Strawberry Mansion with his wife State Rep. Donna Bullock and his two children.