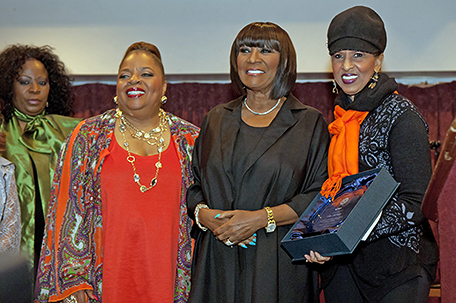 ABOVE PHOTO:  Patti LaBelle, is congratulated by her LaBelle group members (l) Sarah Dash and Nona Hendrix (holding Patti’s award) on her award; Frankie Darcell is at the back (far left).  (Photo by Bill Z. Foster) 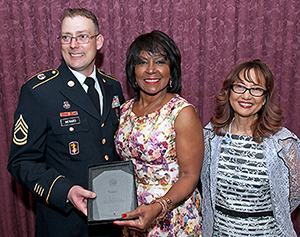 The divas of WDAS-FM and iHeartMedia Loraine Ballard Morrill, Director of News and Community Affairs; and personalities Patty Jackson, Frankie Darcell and Mimi Brown served as mistresses of ceremony.  And, to Morrill’s surprise, she was presented with an Excellence award from Power 99 and WDAS Program Director Derrick Corbett.

“If women talked to each other instead of talking about each other, we’d find that we’re not that much different,” she said. 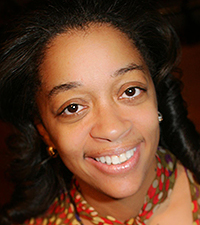 “I had one baby before the stroke and two after the stroke,” she said.

She also shared with the audience that her 44-year-old friend passed away a few weeks ago from a stroke. Godett urged the audience to take their health seriously including taking their blood pressure medicine, noting that strokes are a silent killer. 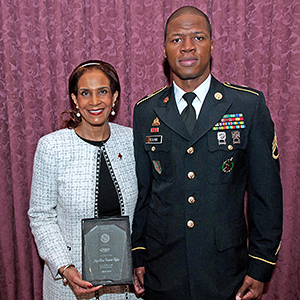 Councilwoman Blondell Reynolds Brown, when accepting her award, stressed excellence and that women have to work harder because they are critiqued more heavily.

Reynolds-Brown also thanked fellow Sheroe Award Recipient Joan Myers Brown for giving her a chance early on in her career as a dancer.

The musical performances were equally spectacular.  Avant, Lalah Hathaway and After 7 performed after the ceremony.

Avant sang his popular songs including “Read Your Mind.”  He even took a trip down memory lane singing Luther Vandross “Don’t You Remember” and Michael Jackson’s “Lady of My Life.” 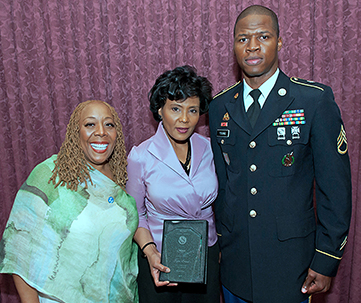 Avant also received an award recognizing his 16 years of excellence in the music business.  His latest album is VIII.

Surprisingly, it was the first award that he had ever received in his entire career.

“I ain’t never received no award. They ain’t give me no BET award or nothing,” he said feeling honored by the recognition.

Lalah Hathaway, while performing informed the audience of a huge accomplishment that was overlooked by the media.

“I don’t know if you all know, but I won a Grammy last month for my daddy’s song ‘Little Ghetto Boy.’” 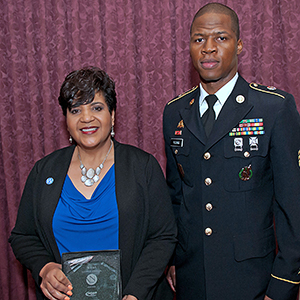 Hathaway was honored to receive her Excellence award.

“This will go on my table along with the picture of my Mom, Dad and Grammy.”

After 7 closed out with great vocals and smooth dance moves reminiscent of popular 60’s R&B groups. Their voices still sounded good as ever, even the high notes.

They sang all their new and old school hits and they ended their set handing out roses to the ladies in the audience. 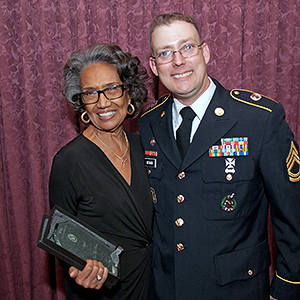