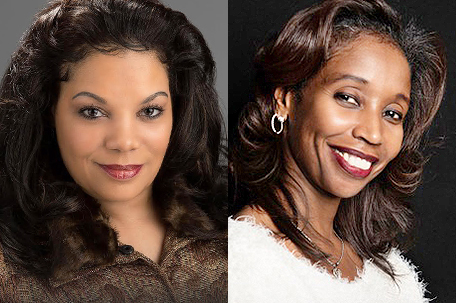 Black women have been writing boldly about issues like racial justice, gender equality and political reform since the nineteenth century. However, often we may not know their names. Ida B. Wells, a pioneering Black newspaperwoman and activist is one of them. Wells co-owned and wrote for the Memphis Free Speech and Headlight newspapers, both started in the late 1890s.

The Women’s Era was the first national newspaper published by and for African American women in 1894. It was founded by Boston journalist Josephine St. Pierre Ruffin.

Between then and now, untold thousands of African American women journalists have come and gone, having reported the news in print. However, how many others owned newspapers?

In Philadelphia, we currently have two African American women publishers and owners who are making their mark, week after week, even during the pandemic. They continue publishing, not allowing anything to stop them from delivering the news.

As Women’s History Month wraps up, we share the story of Catherine Hicks and Sherri Horsey Darden. Both ladies grew up in Philadelphia. Both inherited the newspapers they own and operate today from men who were their former mentors.

Hicks —  a product of the Philadelphia

Public School System who studied communication and media at La Salle University — is the co-owner and publisher of the Philadelphia Sunday SUN.

The SUN was founded by the late J. Whyatt Mondesire in 1992.  After his death, Hicks and Mondesire’s son Joseph were determined that the newspaper and the late founder’s legacy would not disappear.

Having already been working side by side with Mondesire for many years as a senior member of the Sunday SUN staff,  Hicks was groomed for leadership.  When the time came, she was well prepared to step into the role of publisher and co-owner of the newspaper.

“Jerry Mondesire was definitely a great teacher for me,” Hicks said. “I enjoyed watching him put the paper together each week.  I do not really consider myself a writer, Hicks continued. My background was more on the PR and marketing side, media advisories and press releases not really interviewing and writing articles.  Jerry was a writer, so he could edit an article very quickly and he had an eye for a great cover and story.  The three critical things he taught me was to make sure that are articles are done with integrity, always fact check before printing and cover stories that impact our community and our voices.”

Hicks’ first position after high school was working for a marketing and promotion company that specialized in movie and concert promotions. There she was introduced to radio broadcast, creating commercials for movie theaters and concerts in and around the Philadelphia area.

“The first radio commercial I wrote was for the all-night movie at the Erlen theater on Cheltenham Avenue,” she said. “I also had the opportunity to help market a concert with Peabo Bryson, which was a great learning experience. From there I worked in marketing for HMA, the healthcare HMO owned by Walter P. Lomax. That was where my love for PR and Marketing really began.”

As far as supporting other up and coming female journalists and writers, Hicks is all in.

“Because it is a predominantly male dominated field, women are often overlooked for the position of publisher,” she said. “It is important to me for young girls and women, aspiring to go into the field of journalism to see Sherri and I as role models and know that they, too, can follow in our footsteps.”

Like so many small business owners across America during the coronavirus pandemic, both the SUN’s publisher and the SCOOP USA Media’s publisher experienced drops in advertising revenues.

“This pandemic was hard on us financially,” Hicks said. “We lost advertising because of the shutdowns. We were able to maintain printing because of the many loyal new and old advertisers, along with our weekly subscribers who have continued to believe in our paper as a viable source of information to the community. Each week our staff of writers, editors, graphic artists and proofers layout the foundation for the paper you see on the stands each week. We are extremely proud of each edition and the hard work it entails to publish.”

“ Black owned and operated media is critical because it is important that the stories that impact our communities and neighborhoods, come from us, are written, and reported by us and we own the outlets that allow us to hire our own to accurately cover the news stories we are often not privy to,” Hicks concluded.

The Philadelphia Sunday SUN is published every Friday and is distributed throughout the Tri-State at various locations listed on the website. Along with the weekly printed edition, they offer a digital version for those who prefer that method.  For more information, visit:  www.philasun.com. The phone number is (215) 848-7864.

Sherri Horsey Darden, publisher and owner of SCOOP USA  never dreamed of owning and publishing a newspaper, she said. She graduated from La Salle University with a major in accounting and later earned a masters’ degree.

Having worked for the Public Defender’s Office in Philadelphia for over 20 years, as a single mother, Darden said she was interested in some extra work to earn more income and an opportunity came her way.

“In high school, I actually was part of the newspaper staff at Dobbins High, so I wrote articles back in high school, but after graduation I kind of left that behind because I didn’t think it was realistic for me,” she said. “ I took accounting instead as my major. However, I always did a lot of writing and I always tried to learn how to be a good communicator.” Talk about life coming full circle, all that happened in the very building where Sherri Horsey Darden rents office space today and is the headquarters for SCOOP USA Media community newspaper. But much has happened since Darden became publisher of SCOOP.

“I was a co-op student from Dobbins High School working for an agency called PCNO, as a bookkeeper,” Darden recalled. “Mr. Vann, the owner of a check-cashing agency, in the same building, encouraged me to go around the corner and meet this man, Mr. Sonny Driver, who owned the SCOOP newspaper. “He asked me can you type a little bit now. I started typing right then for Mr. Driver and that was in 1996.

“From 1996 until Mr. Driver died in December of 2017, I worked for him,” she said. “While I started as a typist for the SCOOP, Sonny Driver taught me literally how to lay out the newspaper and put it all together. I became his main layout artist, full time from 2005 until he passed.”

“The pandemic was a real sad story for us,”  Darden added. “Early on before the closures came, we started seeing a difference in our advertising revenues. People were canceling events and no money was coming in.  Money has always been difficult for SCOOP ever since I took over.”

“I had already set up a couple of new platforms and I was expanding the network, Darden said. “I had a full digital platform up and running before the pandemic hit. When the pandemic became official and the government said we needed to close, I was able to choose to instead of printing the newspaper, to just go full-digital.  It was a choice that hurt me to my core, but in hindsight and in living through it, it was the best choice for the SCOOP at that time.’

“Ultimately because everything has been so fluid during the pandemic, a new newspaper was born under the SCOOP Media brand, SCOOP Digital.” she continued. “During this pandemic I’ve done a whole lot of expansion moves. I have established a relationship with the Associated Press. I hired a company to do all our web site postings, so we can stay current on social media sites. I also sponsored 40 small business owners who were hard hit over this past 12 months and gave them complimentary ads for almost a month, to help them out.”

“You realize that as a community we lack  our own voice,” Darden said.  People always want to know why Black owned media is important or relevant in the 21st century? Our community does not use Black media to the extent that we should,” she said. “Mainstream media often does not tell the story from the perspective of somebody who’s actually lived it and can understand it. “

Through the SCOOP USA Media, Darden has a youth mentoring program for male and female youth, which is still operating through the pandemic, via Zoom and other social media. Currently SCOOP USA Media has three newspapers: The SCOOP print edition,  SCOOP Digital, and a brand new platform, SCOOP Vizions, a business newspaper featuring stories about African American business people from around the nation.

The SCOOP print edition is published and distributed at various locations around the Tri-state area on Mondays. The SCOOP Digital is published online every Thursday and the SCOOP Vizions print and digital editions are published on the 15th of every month.  To learn more, visit: www.scoopusamedia.com. Their number is (215) 309-3139.

The best way to support these two women publishers and entrepreneurs, is by purchasing annual subscriptions, and if you own a business, purchasing advertising space in their publications.

Becoming conscious of the media’s message about African American women