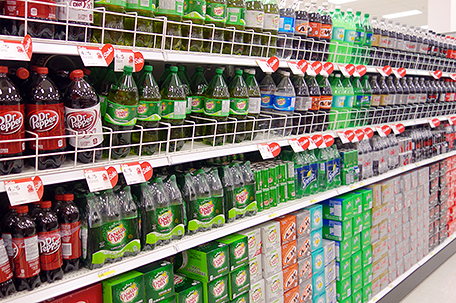 Grabbing a soda is going to cost a little more now that City Council has passed a Beverage tax. But your local bodega will also get a tax credit if it offers healthier drinks as an alternative.

Depending on who you talk to, Thursday’s City Council vote to pass Mayor Jim Kenney’s 1.5 percent per ounce beverage tax was either the best and most progressive thing the city’s done in a while, or the portent of the fall of the city’s soda bottling industry.

By a 13-4 vote, Council voted to pass a beverage tax, which is slated to go toward enhancing the city’s Pre-K programs, upgrading the city’s recreation centers and adding to the city’s fund balance. Councilmembers Brian O’Neill, David Oh, Maria Quinones Sanchez and Al Taubenberger voted no on the bill.

It’s expected that the tax, which goes into effect in January 2017 and was an important part of Mayor Kenney’s budget and six-year funding plan, will face a court challenge. The budget and spending plan also passed.

In a press conference held in the Mayor’s Reception Room, Mayor Kenney talked about how the effort to create quality pre-K programs is the first step to keeping kids from ending up in the school-to-prison pipeline.

“We’re very happy,” he said. “I’m happy that we’re on board to do what we need to do for our kids. They outgunned us on television. I’m sure they’ll outgun us with lawyers. But I think we’ll be okay.”

He also had some advice for public officials who may want to implement their own beverage tax.

“Tie your efforts to tangible initiatives that people care about,” Kenney said. “The health issues are important, but tie it to things that the community cares about.”

While the budget was about more than the beverage tax, what happens now that the tax has been passed was on the minds of many. Many were concerned about how mom and pop day care centers would fare in terms of getting money to upgrade their facilities via the tax, and Council President Darrell Clarke said he’ll be looking out for them.

“We have to approach this like they’re all small businesses, which is what these entities are,” Clarke said. “We have to support them.”

The tax will put a 1.5 percent per ounce levy on a variety of drinks including sodas, bottled teas, sports drinks and diet drinks. Drinks exempted from the tax include milk, hot coffees and teas, and other drinks in which the sugar is added by the customer. It also doesn’t apply to juice drinks that are 100 percent juice.

Philadelphia is now the only major city in the country with a beverage tax. It joins Berkeley, California as the only two cities in America that tax these drinks. While Philadelphia’s tax had a financial aim, Berkeley’s focused on improving health outcomes for that city.

It was for that reason that Ken Margulies, president of the Southeastern Board of Directors for the American Heart Association thanked Council for taking a stand.

“Through your actions, the City of Philadelphia will experience a reduced incidence of diabetes, heart disease, obesity and strokes while promoting citywide Pre-K parks and recreation center improvements and the health and quality of life benefits from those worthy programs,” he said.

But for those on the other side of the beverage tax debate, the news was met with a decidedly different reaction.

“As a resident and a Philadelphia tax payer, I’m so disappointed that Council has chosen to pass this tax,” said Orlando Cruz. “Businesses will shut down, jobs will be lost and the people advocating this tax will not get the programs they’ve been promised.”

“Everyone here supports Pre-K, but they also think that the beverage industry shouldn’t have to pay for it,” said Deborah Manchin of Philadelphia’s Coca Cola bottling plant.

One of the issues that was presented during the debate on the beverage tax was it’s possible impact on small businesses. To help them, council also passed a tax credit designed to encourage these small stores to stock healthier drink options.

In other Council news, Council passed a resolution championed by Council President Darrell Clarke that makes safe storage of firearms and ammunition mandatory.

It also voted to table a resolution calling for Controller Allen Butkovitz to perform an audit of the Philadelphia Parking Authority. The resolution, introduced by Councilman Oh, was spurred by the discrepancy between what the organization is supposed to be contributing to the School District of Philadelphia as opposed to what it is giving, Oh said.

The Parking Authority has come before council twice in the last five years asking for permission to increase it’s fees. The audit would find out where that money went.

“The fees collected by the Parking Authority are not being distributed to the Citizens of Philadelphia or it’s schools,” Oh said. “Only an audit from the Controller’s office could find out what happened to that money. That’s millions that could be used for our schools and for Pre-K.”

“When the Parking Authority came to Council in 2014, it promised to increase funds to the School District by $7 million,” said Councilwoman Helen Gym. “If an agency is trying this hard not to have an audit, it seems like there’s a good reason for them to have one.”

There were more than 100 bills on the year-end council calendar and the meeting, which started at 11 a.m., didn’t end until 3:30 p.m. Philadelphia City Council will not reconvene until September.