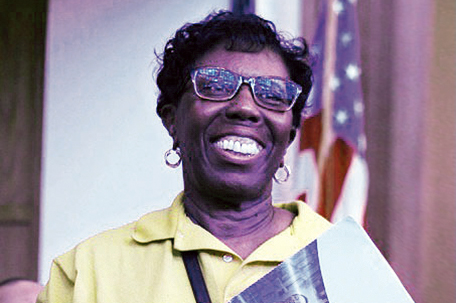 Through the Philadelphia NAACP’s ACT-SO competition, young people get a chance to showcase their talents.

As he stood in the sanctuary of the Zion Baptist Church in North Philadelphia on Saturday, Elijah Forrest had the room in the palm of his hand as he played a saxophone solo.

At the urging of a family friend, Forrest, 18, a senior at Northeast High School, decided to spend part of his Saturday morning at Zion participating in the Philadelphia NAACP’s ACT-SO (Afro-Academic Cultural, Technological and Scientific Olympics) competition.

“I was on my way to a wedding rehearsal and was told to come in,” Forrest said. “This is the last year that I could compete, so I decided to do it.”

Forrest was one of 43 young people competing for the right to represent Philadelphia in the national NAACP’s ACT-SO competition, which will be held at the NAACP convention in Cincinnati in July.

Throughout the day, students presented scientific research, showed their films, discussed original essays and plays, danced and performed vocal and instrumental music at the church. Students competed in 29 categories in all.

In addition to showcasing their scientific, artistic and humanitarian skills, the students were interviewed by a group of judges from a variety of professions about their entries and how they came up with them.

Philadelphia’s ACT-SO program has been the beneficiary of help from such noted Philadelphia luminaries such as former State Rep. Alphonso Deal, Judge Juanita Kidd Stout and former Philadelphia NAACP President and publisher of the SUN J. Whyatt Mondesire; people who have helped the students in the program get to the national convention without it costing their parents nothing, said Kathleen Coleman Smith, who with Veronica Norris organized the program.

ACT-SO provides the young people who participate in it with the kind of validation the world sometimes neglects to give them.

Eleven students will be taking an all-expense paid trip to Cincinnati to compete for scholarships at the national NAACP convention. All of the students that placed first, second or third (Gold, Silver and Bronze medalists) also received scholarships of $100 (first place), $75 (second place) and $50 (third place).

List of the winners and the categories in which they placed (on page 4):