Show me the way to go home 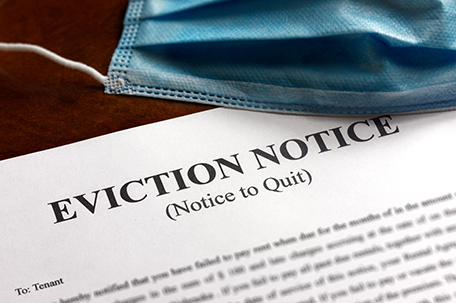 President Joe Biden and the Centers for Disease Control have extended the moratorium on evictions. But because the matter appears headed to a Supreme Court controlled by conservatives, many are calling for Congress to act.

For millions of Americans, July 31 was a day filled with uncertainty.

That’s because this was the day that the federal moratorium on evictions from rental homes expired.

On Aug. 1, the Centers for Disease Control and the Biden administration issued a new temporary eviction moratorium aimed at halting evictions in places where coronavirus cases are rising and where the delta variant has taken hold.

So far, about 80% of America’s counties fall under that description.

But the only reason that had to happen was because Congress wasn’t able to pass a bill declaring its own moratorium, said Pennsylvania Congressman Dwight Evans.

Toward that end, he’s a co-sponsor on a bill created by California Congresswoman Maxine Waters designed to fix this. Under the Protecting Renters From Evictions Act, the eviction moratorium would be extended until the end of 2021.

The bill would give renters still trying to get their financial act together a lifeline, Evans said.

But until that’s distributed, we’re doing all that we can for renters.”

As of press time, only $3 billion of the $25 billion given to municipalities for rent assistance had actually gone out to renters through June. Another $21.5 billion has also been set aside for that use.

The bill is needed for two reasons: One, it provides a level of assurance that the CDC declaration might not because two, landlords are fighting back.

Calling the moratorium  “nakedly political,” a group of landlords and real estate agencies have gone to court in Washington, D.C. to ask for a stay. Citing Supreme Court Justice Brett Kavanaugh’s opinion when the last moratorium came before the court, the groups hope to have it thrown out.

In Philadelphia, there are about 59,817 households that are behind on their rent, according to the National Equity Atlas.

About 50% of the people living in Philadelphia do so as renters. That’s $2,981 in estimated rent debt per household.

Were it not for something that Philadelphia City Council did at the height of the COVID-19 pandemic, the end of the federal moratorium could have been devastating to renters a city described as the poorest city of its size.

Council passed the Eviction Diversion Program, which requires landlords and tenants to go through mediation before eviction papers are filed.

About 91% of the 1,500 households that have participated in the program have managed to settle their rental disputes without resorting to eviction, said Councilmember Helen Gym, who introduced the bill, which passed in June 2020.

Before resources were applied to the problem, Philadelphia had one of the highest eviction rates in the country, Gym said while moderating a panel on housing for the Black Clergy of Philadelphia and Vicinity last Thursday night.

Also, the city’s rental assistance program helped 15,000 households pay their rent with the help of federal housing assistance, she said. A date hasn’t been set for a vote on Waters’s bill.