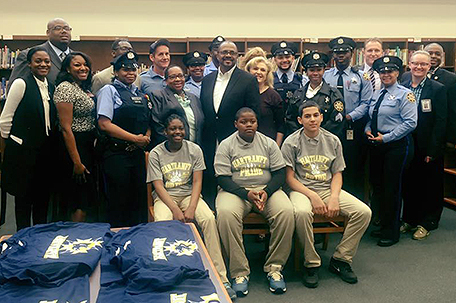 On Wednesday May 11, Sheriff Jewell Williams, members of his staff and others, including an invite to City Council President Darrell Clarke, read to children at the John F. Hartranft Elementary School at 720 W. Cumberland Street as part of the The Right Books Campaign and The Fund For the School District of Philadelphia to raise money for grades K-3 school libraries. 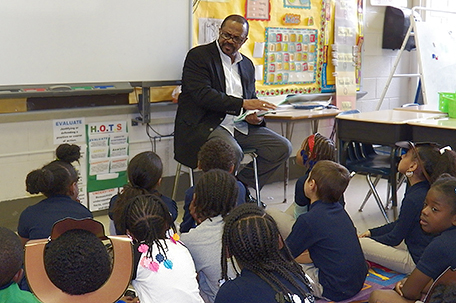 The goal is to raise $5,000 to fund the cost of one classroom library for Hartranft, and is also an opportunity to “support children at this critical level where it will have a lasting and positive impact,” Sheriff Williams said.

“As a father and someone who was nurtured in the Philadelphia public school system I understand the significance and importance of a good school library,” said Sheriff Williams, who will be reading a book from his 6-year-old sons home library.

“We are thrilled that Sheriff Williams and his staff have decided to host a Read-a-thon . . . in support of The Right Books Campaign,” said Donna Frisby-Greenwood, President and CEO of the Fund for the School District of Philadelphia. “Every dollar they raise goes toward the purchase of classroom level reading libraries for K-3 students.  It’s wonderful to see leaders in our community supporting our schools and our children.”

“We appreciate the community support in making this a priority for educators, students and families” he continued.  “I want to personally thank Sheriff Jewell Williams and his staff for their support of the Hartranft Elementary School through the Right Books Campaign.”