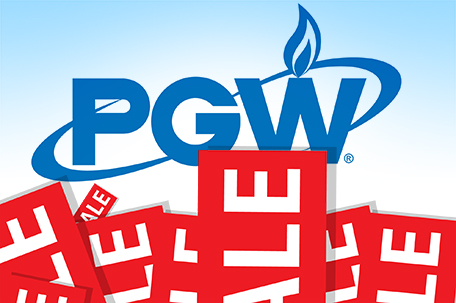 To put the facts on the table about a $1.86 billion deal to sell the Philadelphia Gas Works, the non-partisan Committee of Seventy today urged Philadelphia City Council to hold a public hearing before its summer recess.

According to Seventy’s VP and Policy Director Ellen Mattleman Kaplan, Seventy has not taken an official position on the Nutter administration’s agreement to sell PGW to UIL Holdings Corporation. Expected to generate at least $424 million for the city’s pension fund, the deal must be approved by City Council and by the Pennsylvania Public Utility Commission.

“Taxpayers deserve to know the facts of the PGW sale as they exist today. This deal has been on the table since early March and not one Council member will even introduce legislation to get the ball rolling,” Kaplan said. “We certainly understand Council’s interest in waiting for its consultant’s analysis of the sale. But this doesn’t have to hold up a public hearing. If more information comes out in the report, Council can hold a second hearing.”

Kaplan explained that Seventy’s call for a public hearing is prompted by UIL Holdings’ contractual right to walk away without penalty if Council doesn’t approve the deal by July 15. “We hope UIL hangs tight until the issue is resolved one way or the other. Beginning the hearings before Council completes the city’s budget process and leaves for summer recess diminishes the perception that Council may be trying to kill the deal by inaction.”

Study on PGW complete — Councilwoman Tasco on next steps