Sesame Place to train workers on diversity after lawsuit 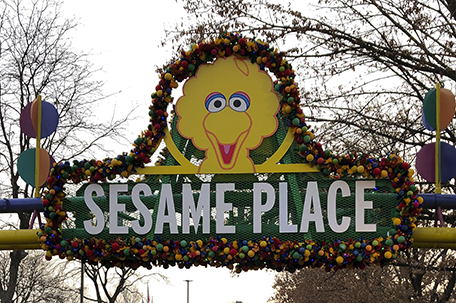 ABOVE PHOTO: Big Bird is shown on a sign near an entrance to Sesame Place in Langhorne, Pa., Dec. 26, 2019. The first Sesame Place opened almost 40 years ago outside Philadelphia. A new Sesame Street theme park is set to open next month in San Diego. Officials on Wednesday, Feb. 9. 2022, announced the opening of the first Sesame Street theme park on the West Coast. It will feature Big Bird’s Beach, Oscar’s Rotten Rafts, and a Cookie-Monster Tower, among other attractions. (AP Photo/Jeff Chiu)

PHILADELPHIA — Sesame Place has announced the implementation of diversity and inclusion training for its employees following a $25 million class-action lawsuit alleging multiple incidents of discrimination after outcry sparked from a video of a costumed character snubbing two 6-year-old Black girls went viral online.

The Sesame Street-themed park, operated by SeaWorld Parks, in a statement Tuesday said that all employees will be mandated to participate in training created to address bias, promote inclusion and prevent discrimination by the end of September.

The training — which was developed by civil rights educators — will also be integrated into onboarding for all new employees and “will become a regular part of our training and workforce development,” the statement said.

Outrage ensued online in July when a video went viral showing a Sesame Street character waving off the two Black girls during a parade at Sesame Place. Jodi Brown, the mother of one of the girls, posted the video on Instagram.

President of Sesame Place Philadelphia Cathy Valeriano said the park has already begun implementing temporary measures while a review of the park continues.

“We are committed to making sure our guests feel welcome, included and enriched by their visits to our park,” Valeriano said.

SeaWorld’s CEO, Marc Swanson, is scheduled to meet with the Brown family alongside Rev. Jesse Jackson on Thursday to “address the deficiencies we have noted from this most recent press release,” said B’Ivory LaMarr, the family’s attorney.