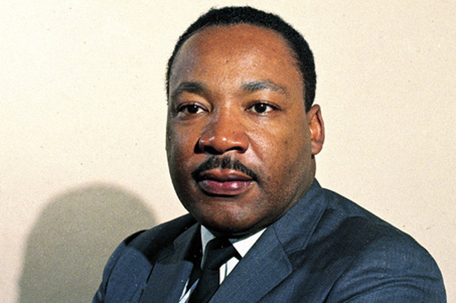 This year’s Martin Luther King Day was a celebration of King the Dreamer and King the Activist.

For many of the history books, the story of the Rev. Dr. Martin Luther King starts at the “I Have A Dream” Speech and the March on Washington and ends at his assassination in April 1968 without a whole lot of study about his life in between.

But while those two events were significant, the emphasis on them ignores the King that spoke out against the Military Industrial Complex, demanded the full power of the vote for everyone and championed economic justice as a way of gaining true economic equality.

It was the King that the history books don’t discuss all that much that took center stage during Monday’s observance of the Martin Luther King Day of Service.

From volunteer projects at Girard College focused on the right to vote and how important it is for everyone to have access to it to a march for economic justice, better schools and an end to police brutality, the King who understood that his dream of an America where skin color takes a backseat to character was memorialized.

For the sixth year in a row, this year’s signature project for the Greater Martin Luther King Day of Service was held at Girard College in North Philadelphia. This year’s projects focused on the 50th Anniversary of the Voting Rights Act of 1965 and included volunteers such as Mayor Michael Nutter and Sen. Bob Casey helping people to register to vote, making sure you know who your elected officials are, and creating signs in the various languages spoken in Philadelphia that will be placed at polling places where English is a second language to let people know where they can vote.

With the assaults that the Voting Rights Act has taken in recent years, it’s more important than ever for people to know their rights, said Todd Bernstein, president of Global Citizen and founder of the Martin Luther King Day of Service.

“We are celebrating the law that legally reversed racial discrimination in voting,” Bernstein said. “However, since then provisions of the Voting Rights Act have been reversed and continue to be challenged around the nation. As we mark this important anniversary, we must find ways of encouraging voter participation, not reducing it.”

Among those ways to encourage participation was a training session for language interpreters put together by the Philadelphia City Commissioners, the people responsible for how the city votes, Bernstein said.

In addition to the signature project, which focused on voting rights, King’s desire for economic justice was addressed at the Jobs and Opportunity Fair, also held at Girard College. Workshops on resume writing, interviewing, starting a small business and employment for military veterans and ex-offenders and the chance to apply for jobs with Temple University, Target, CVS Health and the City of Philadelphia were just some of the things that participants in the fair were able to access.

But as afternoon turned into evening, thousands gathered at the School District of Philadelphia’s headquarters at 440 N. Broad Street to demand better schools, economic justice and an end to police brutality as part of the MLK DARE (Day of Action, Resistance and Empowerment) Coalition’s march.

Marchers headed down Broad Street toward City Hall and walked down Market Street to the Independence Visitors Center at 6th and Market for a rally that featured advocates for education, economic justice and police reform demanding that American finally cover the Blank Check that King talked about.

With Independence Mall and the President’s House, a memorial to President George Washington’s slaves, in the background, a call for justice was issued by a group of speakers that included Avenging the Ancestors Coalition founder Michael Coard, Parents United founder Helen Gym, and members of POWER (Philadelphians Organized to Witness, Empower and Rebuild).