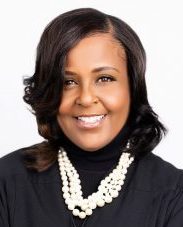 HARRISBURG, Pa. (AP) — A publicly streamed virtual forum for the judicial races is planned for Sept. 20. It’s being sponsored by Pennsylvanians for Modern Courts and the Free Library of Philadelphia.

Six sitting judges and two lawyers hope Pennsylvania voters this fall will issue a favorable verdict of their own and elevate them to one of the four state appeals court seats that are up for grabs in the November election.

Among the candidates are judges who have ruled on election cases, jurists raised in West Philadelphia and the Monongahela Valley, a former high-ranking state Senate aide who got a running start by being appointed to a vacancy and a lawyer from one of Pennsylvania’s smaller counties.

The marquee race is for a retirement vacancy on the Supreme Court, where Superior Court Judge Maria McLaughlin, who ran unopposed in the Democratic primary, faces off against Commonwealth Court Judge Kevin Brobson, who collected 52% of the vote to take the Republican nomination this spring. ADVERTISEMENT

The result won’t shift power on the high court, currently with a 5-2 Democratic majority, but in a state where the two parties have for decades been locked into a perpetual death match over political control, it will surely draw considerable money and the most statewide attention.

Brobson is a Montoursville native who has spent more than a decade on Commonwealth Court, which handles a broad range of litigation involving government, from worker’s comp claims and open records disputes to election litigation and lawsuits over prison policies and conditions.

He says he has more appellate experience than the sitting justices did when they joined the high court, and a track record of handling difficult, high-profile cases. Among them was a congressional redistricting decision that was promptly overturned by the Democratic majority Supreme Court in 2018.

“My record is out there, I cannot hide from it,” Brobson said this week. “I’m sure that there’s decisions out there, if people want to look, that people don’t like. But I’m very proud of the body of work I have.”

Brobson told the state bar association earlier this year that he had not shied away from controversial cases — including siding with Republicans in a contested state Senate race over counting mail-in ballots without handwritten dates.ADVERTISEMENT

McLaughlin, who spent almost two decades as a prosecutor under Philadelphia’s then-district attorney, Democrat Lynne Abraham, was elected to Superior Court three years ago after serving as a city judge from 2012-17. She is a native Philadelphian.

“Everything I’ve ever gotten in my entire career has been by hard work and determination,” said McLaughlin, who considers the potential elevation to the high court “a pathway and a segue. To me, it’s a natural progression.”

Superior Court has a single opening this year because Republican Judge Susan Gantman is retiring — with plans to write children’s books about civics. The intermediate appeals court handles civil and criminal cases from counties and is said to be among the nation’s busiest state appeals courts.

Philadelphia Common Pleas Judge Timika Lane made it onto the ballot by getting nearly half the votes in a three-way Democratic primary in May, while longtime prosecutor Megan Sullivan was unopposed for the nomination.

Lane grew up in a West Philadelphia neighborhood she describes as “humble beginnings.”

“It’s really important who we put on this bench,” Lane said. “We need people who have real world experience.”

She was a trial lawyer for the Defender Association of Philadelphia and a staff lawyer for state Sen. Tony Williams, D-Philadelphia, before being elected as a common pleas judge in 2013.

Sullivan has been a deputy district attorney in Chester County, a lawyer for West Chester University and an insurance fraud prosecutor for the attorney general’s office. She left the state job earlier this year to campaign for judge.

“I have a qualification that not many attorneys have,” she said.

In their submissions to the bar association’s judicial evaluations panel this year, Lane described her career as “rooted in public service and equity for all,” and Sullivan called herself “both an inherently fair and inquisitive individual who has always worked to ensure that both the law and justice are served.”

Crompton is a sitting Commonwealth Court judge and did not have to promise not to run again to get appointed to fill a vacancy early last year. A well-known figure and veteran of many partisan fights in the state Capitol, Crompton has touted his involvement with legislation and state litigation over many years as relevant experience.

“The breadth of my knowledge both from a technical law perspective as well as a litigation perspective is difficult to capture in words,” Crompton told the bar association, calling himself “the last train car on the Senate tracks. When the problem, be it legislative or legal, was particularly dire or difficult, I was generally consulted for help or advice.”

He says he’s happy to have turned the page from the roil of the Legislature to a judge’s more sedate life.

“This is what I asked to do. I think I had a good awareness of what it was,” Crompton said in an interview. “There’s plenty of other capable people who can run campaigns and do political and campaign work or even policy work.”

Wallace has been a lawyer since 2004 and in recent years involved solely in civil litigation. A solo practitioner, Wallace heads the bar association in northwestern Pennsylvania’s McKean County, population 40,000. Her law practice has brought her experience in banking law and unemployment matters.

She touts her involvement in community organizations and dismisses her “not recommended’ rating by the Judicial Evaluation Commission, run by the state bar association. She’s the only judge still in the running with that rating, but Wallace sees it as a sign the association should widen its criteria.

“I’m not their typical candidate and I’m not completely shocked they didn’t recommend me,” Wallace said. “What makes me qualified is I have substantive experience in the matters that Commonwealth Court deals with.”

Dumas said her tenure as a city judge since 2002 has brought her into contact with probation officers, the prison system, the school district and human services agencies. She’s handled zoning cases, election law matters, liquor regulations and city licensing.

“Every one of the different divisions I’ve sat in, some of those cases have and continue to feed into the Commonwealth Court,” Dumas said.

Spurgeon is a former personal-injury lawyer, served as an Allegheny County prosecutor and was appointed judge in 2016, where his focus has been on family law. He lives in McKeesport, where he grew up.

Working as a judge, Spurgeon said, has made him “realize the impact that you’ve made on a daily basis. … This is just on a grander scale, Commonwealth Court.”

REGISTER FOR THE PUBLIC FORUM

The publicly streamed virtual forum for the judicial races planned for Sept. 20 is sponsored by Pennsylvanians for Modern Courts and the Free Library of Philadelphia. REGISTER at pmconline.org/events/2021-appellate-courts-candidates-forum